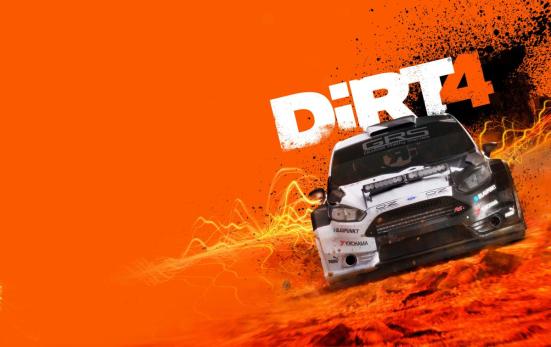 DiRT 4 is the latest from developer Codemasters and publisher Deep Silver that puts you at the wheel of some of the world’s most iconic and powerful off-road vehicles as you test yourself against the road and the elements in a battle against the clock. Fans of the DiRT series will be thrilled to know that this is the best rally racing and rallycross game out there right now and even better than last year’s DiRT Rally. There just seems to be so much more to do in DiRT 4 and the inclusion of a new “gamer” handling mode means those who are not hardcore rally fans will be able to enjoy this game as well.

In fact, most of my time spent with the game so far has been under the “gamer” handling mode only because trying to use a controller with full simulation activated is quite difficult. I’d only do this if I connected my steering wheel and pedal setup which I’ll most likely give it a go a bit later.

What I do love about the game so far is the extensive tutorial they have on the ins and outs of rally racing, including driving mechanics and how to become a much better driver. This includes concepts like weight transfer and trail braking. If your a novice when it comes to rally racing or even racing in general, these in-depth tutorials really help increase your driving skills tenfold.

Once you complete these, you’ll be much better at the career events. You don’t have to play through the tutorial, but it’s highly recommended. The career mode is where you’ll earn a majority of your money early on. You’ll start off at lower license events and work your way up to the higher tiered ones. You’ll be racing mainly on other teams as a hired driver until you earn enough to buy your own car and your own team. I’ve been having a lot of fun so far in these events and they really test your skills as a driver.

On the flip side, if you don’t want to game so seriously, there’s something called “Joyride” that’s an absolute blast to play. These are a series of arcade style events that allow you to just mess around and have fun. These include time attack mode, smashing barriers for points, and free roam. I really like these little extras they threw in as it gives you a lot more to do in DiRT 4 and it also gives you something really fun and different to do aside from your normal racing modes.

Aside from the gameplay, the graphics and sound in the game are superb. The car models are excellent in the game as are the environments and the sound effects in the game are just top notch. There’s nothing in the game I dislike so far and with that said, DiRT 4 is not only my most favorite one in the series so far, but my also be one of the best racing games on PS4 at the moment.

Stay tuned for more as well as a lot more videos from our Youtube channel.