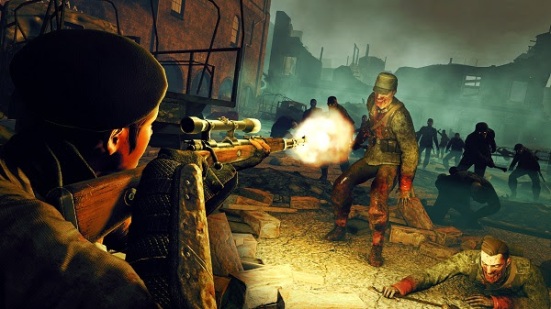 Independent UK studio Rebellion is delighted to announce its cult shooter hit ZOMBIE ARMY TRILOGY is coming to Nintendo Switch in the first half of 2020.

Playable in singleplayer or in co-op for up to four players, ZOMBIE ARMY TRILOGY features frenzied undead-shooting action across three nerve-shredding story campaigns and its brutal Horde mode.