Epic Truck is a physics based off road truck game from Sea Lion Games. Epic truck gives you a series of off road courses that you must traverse in order to reach the finish line. It’s not really a racing game because there are no other trucks to race against. The only thing you are racing against is yourself and the time it takes you complete each course.

The controls for Epic Truck are simple enough. Left side of the screen is for your brake while the right side of the screen is for accelerating and reverse. You tilt your device to lean your tuck either forward or backwards. Other than that, there is nothing else too complicated about the game and pretty much anyone can really pick this game up and play it with very little effort.

When I say very little effort, I mean that the game requires very little thought by you and very little strategy when playing. Each level consists of hills, boulders, ramps, and gaps but there is nothing hard about it. Pretty much every level can be played by just holding down the accelerator and just gunning it to the end of each level. Sure you may flip the truck over once in a while or lose some tires, the truth is that more than likely, you’ll make it all the way without having any of those things happen to you at all.

Epic Truck supports Game Center which is great for comparing score and unlocking achievements. Now, while playing I unlocked several achievements just from making one straight playthrough, however they don’t seem to show up in Game Center right away. I’m not really sure if that a fault of Game Center or the app. They do unlock though as I they did appear for me later on in the day after I stopped playing.

I really wanted to like Epic Truck, but the game just wasn’t for me. The game is just too easy and there isn’t enough content to keep me interested in it. You can pretty much speed through the whole game in about 15-20 minutes without any real challenge. On the plus side, my son seemed to really enjoy it however. He’s 4 years old but thought the game was pretty fun and the simple controls made it easy enough for him to play. That being said, Epic Truck will probably be quite enjoyable for your young ones to play however  for adults, you may not find much of a challenge or excitement with the game.

Epic Truck is available now in the App Store for $0.99. It works on all devices with iOS 3.0 and higher. 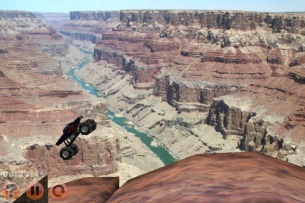 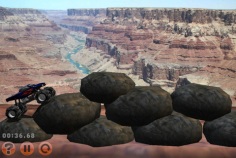 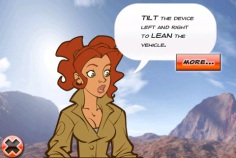 •GAS- touch right side for gas, down for speed
•BRAKE- touch left side for brake
•REVERSE- hold brake to back up
•TILT- Tilting the screen Left/Right makes the truck lean Forward/Back. Tilt works in the air and affects grip
•RESET-Reset if you flip or drive into an abyss.

• Easy to pick up difficult to master.
• Leaderboards for All Races combined and for each event.
• 23 Achievements such as “Zombie Truck- finish a race with just your front tires”
• Finish all 10 races to optionally submit your scores to the Leaderboards.
• Your Epic Truck can take damage and even throw a tire, but you can still complete the race as long as you can get to the finish.
• Quick reset button for deathly drops, broken axles and unfortunate flips.
• Race tracks in any order by touching the race name in Race Select.
• Race the next track by pressing the start button in the bottom right corner of Race Select.
• You can even retry a track and replace the previous time by just pressing the race time in Race Select.
• The truck feels like it has weight with giant “gushy” shocks.
• HD rendering at full resolution.
• 3D realtime physics