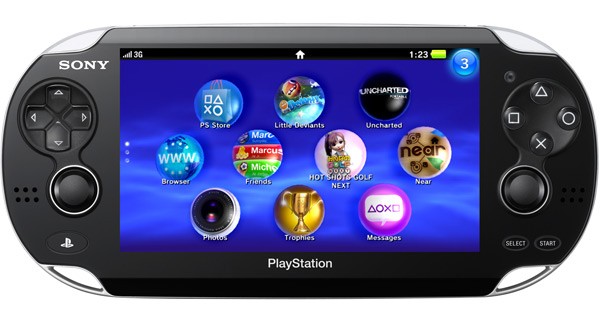 Excited about the Nintendo 3DS? Don’t preorder just yet. Sony just announced their upcoming successor to their PSP line of portable gaming handhelds and its called the Next Gen Portable (NGP). Sony seems to be really going all out on the NGP as it features a huge 5-inch OLED touchscreen, a rear touch-pad, front and rear cameras, quad-core ARM Cortex-A9 processors, and WiFi and 3G connectivity. If you thought the 3GS had some impressive specs, think again. The NGP just basically blew it out of the water. The NGP is expected to release sometime towards the end of the year so if you were thinking of purchasing a 3GS, I’d maybe hold off until the NGP comes out so you can at least compare the two. The NGP seems to be backwards compatible with current PSP titles, although it makes no mention of supporting UMD’s.