What do those two have in common, you might ask? I recently came across a channel dedicated to all things duct tape. YouTube user Ducttapestuff (a.k.a Johnathan) creates various items out of duct tape such as a duct tape tie, backpack, wallets and many more. Some of his creations are also video game inspired. They’re pretty sweet. 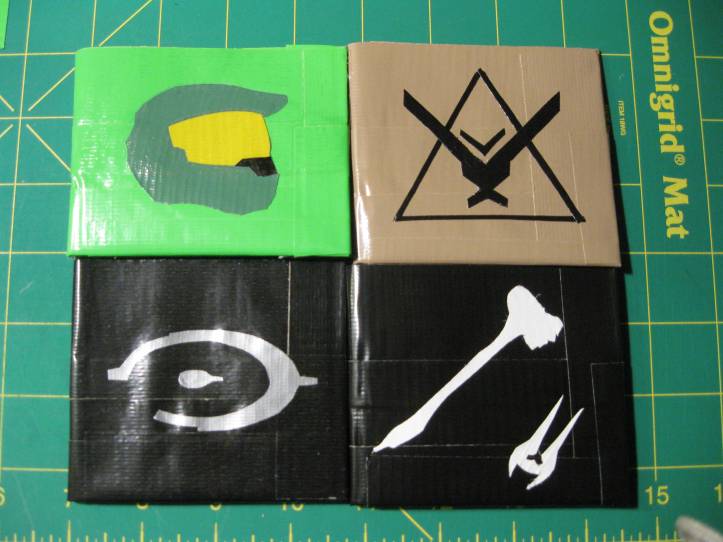 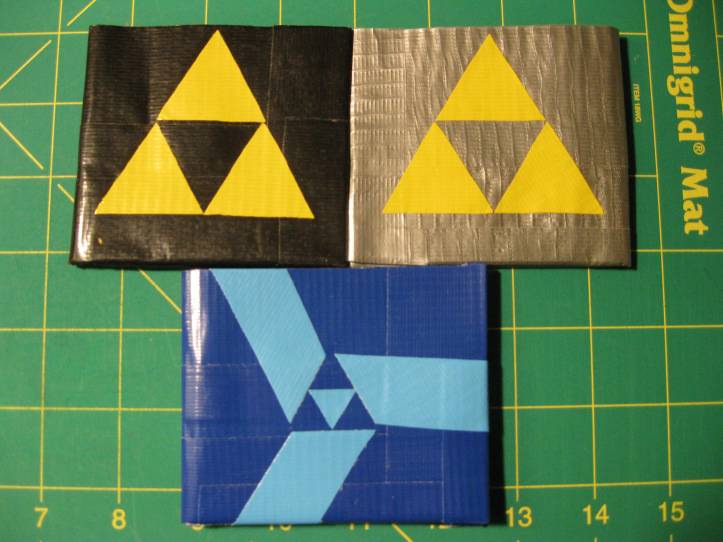 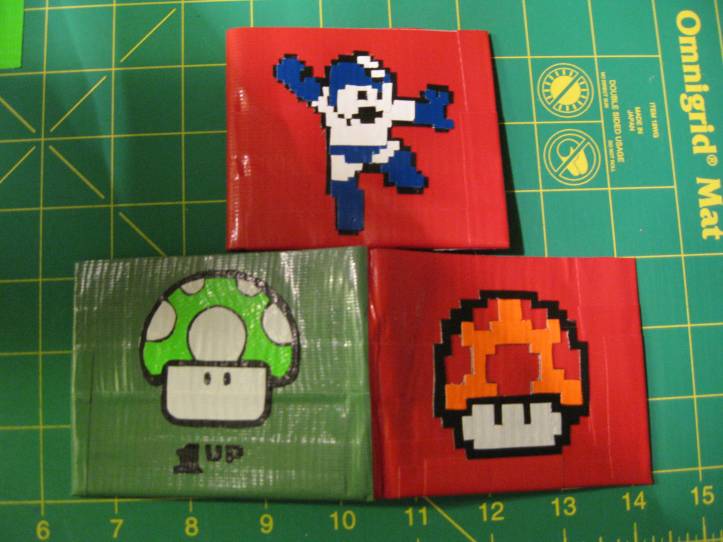 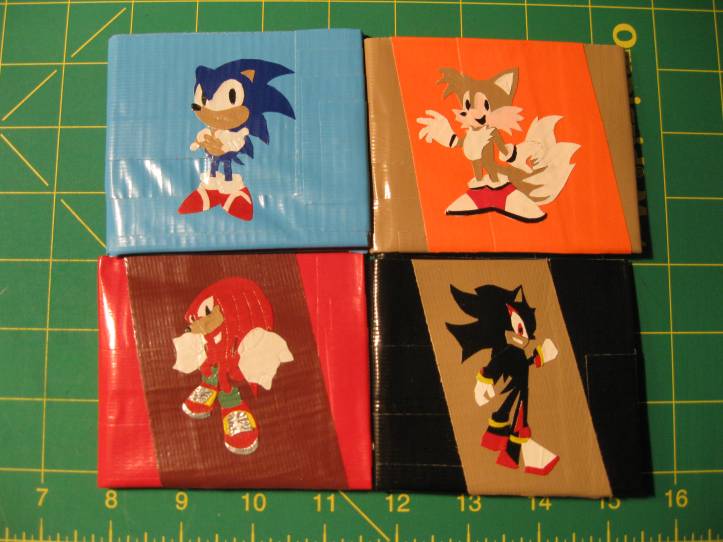 I couldn’t pass the opportunity to interview him and tell you guys about his awesome channel. Below is the email interview:

Me: How long have you been making duct tape wallets and items?

Johnathan: I’ve been making things out of duct tape since I was 13 years old. Soon I will have 8 years of experience working with it.

Me: What inspired you to work with duct tape?

Johnathan: Back when I was 13 I had a friend who had made a wallet out of nothing but duct tape which he eventually showed to me. I thought that it was a very cool concept and went home thinking of how to make one myself. Without any instructions or prior knowledge of working with duct tape I made my first wallet and that was the one thing that inspired me to keep working with tape.

Me: How do you come up with your designs?

Johnathan: Most of my designs are based on logos or symbols that already exist. I get a lot of ideas on new design decorations just by picking up symbols that I see on a daily basis.

Me: What inspires you the most when you create things with duct tape?

Johnathan: I would have to say all the people who are part of my Youtube channel. Every time I hop onto my channel page I can’t help but be inspired to keep moving forward with duct tape by seeing how many people are involved and actively putting their creativity into something they enjoy doing.

Me: What was one of your hardest creations?

Johnathan: One of my hardest creations that I have ever worked on is the Sonic the Hedgehog decoration on the wallet with the same theme. That one design was made by cutting out several pieces of small pieces of tape and then fitting them all together like a puzzle. Since each piece had to be the right size in proportion to the others it took a long time and a lot of careful work to make sure that the finished result looked nice.

ME: Which duct tape creation is your favorite?

Johnathan: I’d have to go with the wallet that has become my main wallet ever since I was 13. Not long after I made my first wallet I made another one which I intended to use as my personal wallet. After a few years it started to get a little beat up but it still worked like a charm so I kept using it. Now it’s almost 8 years later and I still use that same vintage wallet.

ME: Would you consider selling your creations?

Johnathan: I’ve considered it countless times and part of me would really like to sell wallets and other items that I make. The only things that are holding me back are the major influx of orders that I would get and the amount of time that would have to be spent taking those orders and fulfilling them. Right now my channel is based around tutorials and is a full time job to monitor, I can’t even begin to imagine how busy I would be if I threw selling items into that mix.

ME: How many wallets have you created so far?

ME: I noticed that you are a gamer. I love the Halo and Sonic wallets you’ve made. What other video game inspired wallets have you created?

Johnathan:  The Halo and Sonic series wallets are by far the most popular but I have also made a few wallets featuring the Tri-force logo as well as a few wallets from the Super Mario Bros. series.

ME: What are your favorite video games?

Johnathan: I’m a huge fan of the Halo series as well as the Super Smash Brothers series of video games.

ME: What consoles do you own?

ME: What games are you currently playing?

Johnathan: I’ve been playing Halo: Reach a lot, I think the most exciting thing about the game is the ability to play as a female spartan and to date I have never played as a male spartan. I must say that after playing as Master Chief for years it was a neat surprise to be able to play as a girl.

ME: What other hobbies do you have besides duct tape art and video games?

Johnathan: Two other hobbies that compete for my time are juggling and paintballing. I’ve been juggling on and off for about 4 years and have had the opportunity to both perform and attend a worldwide juggling convention. Paintballing has become one of my most exciting hobbies and I always try to get out to a field whenever I can.

ME: What advice would you give a fellow duct tape art enthusiast who is just starting out?

Johnathan: Six simple words “never give up, practice makes perfect”. When I first started I was very frustrated and even though there wasn’t anybody to look up to I always felt that I had to be better than I was. Only through working with tape day in and day out did I really start to get a feel for it and eventually hone my crafting skills.