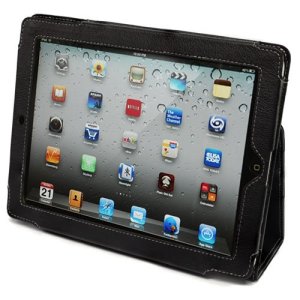 The Snugg iPad 2 Leather Case is a little number I picked up over at Amazon for my parent’s iPad 2. Part of the reason I picked this one up was because at the time, it was fairly inexpensive at only $29.99 and the fact that it made use of the iPad 2’s sleep/wake function via included magnets. The case is made of leather and lined with soft nubuck fibers.

The Snugg has a similar design to the original iPad case made by Apple where the front cover can be folded and tucked into a little flap in the back. This allows the case to act as a kind of stand for the iPad so you can either stand it up horizontally or lay it on it’s back with a slight tilt for an easier typing position. The Snugg however is much thicker than the original iPad case due to it’s thicker padding and leather material.

The case itself is very sturdy and well made. The interior lining is very soft and has a nice feel to it. When the iPad is in the case, it feels very secure thanks in part to the Velcro flap that is inside and keeps the iPad from sliding out when in the horizontal position. There are other cases available on Amazon that are similar to the Snugg but the Snugg has a feature that the other cases do not. On the inside of the front cover, there is an elastic strap that allows you to place your hand inside of it for a more secure hold when it’s in your hand. It’s a very nice feature that gives you a better hold of your device with one hand.

The Snugg however does have few very minor annoyances. The edges don’t entirely lay flat on the surface of the iPad, but that might fix itself after more usage. The magnets also don’t seem to be very strong, but they still do what they need to do which is put the iPad 2 in sleep/wake mode as well as keeping the case shut when not in use. Still though, I’d like to see some slightly stronger magnets used.

Other than that, it’s a good case for the price. Build quality is good and it offers total device protection. At $29.99, it’s cheap enough where you can take the chance of trying it out like I did. After testing it out on my own iPad 2, I’m most likely going to pick another one up for myself. 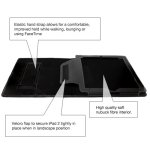 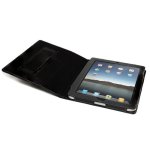 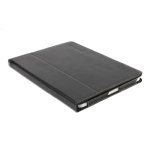 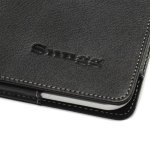 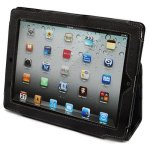 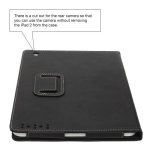 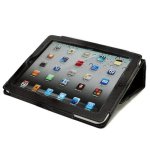