Back in the 90’s, I did a lot of gaming on the PC. This was mainly back with people still used MS DOS to game. One of my favorite games I used to play were the Star Wars: X-Wing and Star Wars: Tie Fighter games. These were “flight” sims in which you got to fly either ships of the Rebel Alliance or variations of the Tie Fighter for the Empire. All were based on real ships from the Star Wars franchise and the games allowed you to carry out missions and raids against enemy forces. Something about the games just really appealed to me and over the years, there have been other space combat games that have been just as good, though the Star Wars games will always stand out in my mind.

I’m now mainly a console gamer and when it comes to space combat games, nothing really comes to mind. Most that I know have been mainly on PC, that is until I heard about Strike Suit Zero: Director’s Cut. The original Strike Suit Zero was also a PC game and was created by indie developer, Born Ready Games. Born Ready Games thought it would be a good idea to port the game over to PS4 and Xbox One with a ton of improvements and bonus content and they were right. This is the game I’ve always wanted to play on my big screen TV, a fun, story driven, space combat shooter. Not only will you be piloting some awesome looking space fighters, you’ll also get to pilot one that transforms into a powerful mech.

For this review, I’ll be looking at the PlayStation 4 version of the game which Born Ready Games was gracious enough to provide for me.

In the game, you play as a fighter pilot named Adams on the side of the United Nation of Earth in the year 2299. There is a war going on against the U.N.E. and its space colonies who want their independence from the union. There is a fairly deep back story that recounts the events that lead up to the war.

The people of Earth have always had aspirations of reaching new worlds, but could never achieve a means of leaving the confines of Earth. That all changed when a signal taught them how to build star ships that could travel to distant galaxies. Earth never did figure out who sent those signals but with their new found knowledge, they began colonizing new planets. Over time, many of these new colonies sought their own independence from the United Nation of Earth but Earth would not allow it, thus starting the war.

Over time, the war dragged on and on depleting both sides of their resources until one day, the colonies discovered the source of the signal and a wreckage filled with new tech. They made a deal with the U.N.E. and in exchange for researching the ship, Earth would allow them their independence. However, scientists discovered something that they would not share with the colonies so the colonies drove away the scientists from the wreckage. Earth was not pleased and revoked the colonies’ independence, thus continuing the war.

That brings us to present time. You are just a small drop in a otherwise huge story that takes place all around you. Though you are the main character in the game, you aren’t really the focal point of the story. Your actions do affect the outcome of the war, but you get the feeling that there is much more going on around you as you play away from your objectives and missions.

If you’ve played other space combat games in the past, Strike Suit Zero: Director’s Cut will be very familiar to you. That’s not to say it doesn’t bring new ideas to the genre. Since most of these type of games used to be played using a traditional mouse and keyboard, you’ll have to get used to using a controller for this game, and this is a game that uses virtually every button, stick, and trigger on the controller.

Most of the game consists of missions and objectives given to you by the supporting cast of characters. You are a soldier following orders you just happen to be in command of the most powerful fighter in the fleet. Objectives usually consist of destroying colonial ships or defending U.N.E. command ships. Although that’s not all there is. There will also be missions where you attack enemy bases and collect intel. You’re never on your own though as there will always be at least a few AI ships following you around that aren’t just dumb drones. The AI ships actually do help destroy enemy ships and help keep much of them off your back as you complete objectives. This is one of the few games where the AI is actually good and not completely useless.

As you play, you’ll be able to unlock new types of ships as well as upgrades for those ships, both in performance and weapons. Most upgrades require that you medal each level or meet some kind of condition in order to unlock them. This adds a layer of challenges to the game that you can choose to complete or not. I suggest trying to do them as you’ll be able to have more options during each level load out. Otherwise you’ll be stuck using the same ship or strike suit over and over again as well as the same weapons. When you unlock the optional stuff, you’ll have way more customization options given to you.

That brings me to the load outs. This is an important factor in the game that you want to really think out before starting each mission. Here is where you want to choose the right ship to use and the right weapons to carry. Each mission has specific tasks so you want to carry the proper armament to carry out each. Take into consideration the amount of ammo each weapon has, the type of damage it does, and also how effective they are against the enemy. This can mean the difference between a successful mission and a total failure.

Other than that, it’s a pretty straight forward game. The game will go through a small tutorial to get you situated with all the controls and game mechanics so you don’t have to figure that on your own. Pay close attention to your mission objectives and don’t stray too far away from them. Keep a constant watch of where the enemies are at all times and I suggest not wasting too much time going after random fighters and instead concentrating on the huge frigates and corvettes that can decimate your fleet.

According to the developers, the graphics in the Director’s Cut surpasses that of the original game by leaps and bound. I wouldn’t really know as I haven’t had experience with the original game on the PC but on the PlayStation 4, the graphics are very good. They look very crisp and beautiful on a large HD television with no jagged edges in sight. The vehicle models in the game are very well done, though there isn’t quite enough wreckage when ships explode. Ships kind of just explode in a giant ball of blinding light and that’s pretty much it. There isn’t a lot of debris after which is really the only complaint I have about the game.

Other than that, there are some really cool lighting effects going on and I love how enemy vessels are marked with red light trails while friendlies are in white. This helps distinguish them especially when there is a lot going on at once, and trust me, there are time when there are a ton of ships flying all around so it’s nice having that visual cue.

As for the audio, Strike Suit Zero: Director’s cut features a very good, futuristic sound track that really gets you into the mood. Sound effects here are also very good and I suggest playing this game with the speakers turned up or with a good set of gaming headsets.

I really enjoyed playing Strike Suit Zero: Director’s Cut. I’ve been waiting a long time to play a game like this on a console system and this is exactly what I’ve been wanting, if not better. I hadn’t played a space combat game like this since I was in high school and playing SSZ:DC was really nostalgic and brought back memories of why I enjoyed these type of games so much. There is a really good story going on if you pay attention but I like how most of the focus in the game is directed towards the gameplay. Gameplay takes center stage here and that’s a welcomed aspect.

My only real complaint about the game is that it doesn’t feature any kind of multiplayer. I would have really enjoyed being able to co-op missions with a friend or battle it out with other players, but as a single player game, Strike Suit Zero: Director’s Cut is still quite enjoyable and fun.

Strike Suit Zero: Director’s Cut will cost you $19.99 on the PSN Store or $15.99 if you’re a PS Plus member. It’s not very expensive and in my opinion, well worth the price for the hours of enjoyment you’ll get playing it. It is not an easy game and there are plenty of challenges to make any fan of space combat games happy. 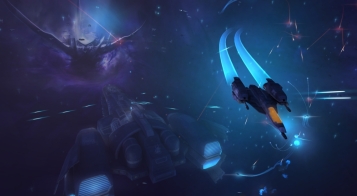 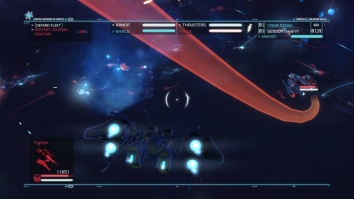 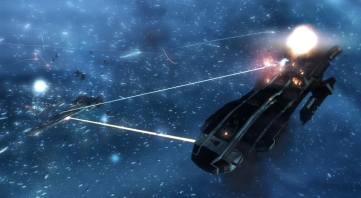 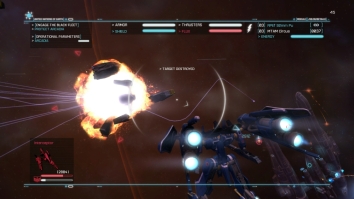 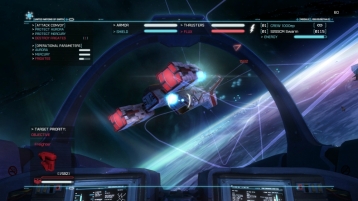 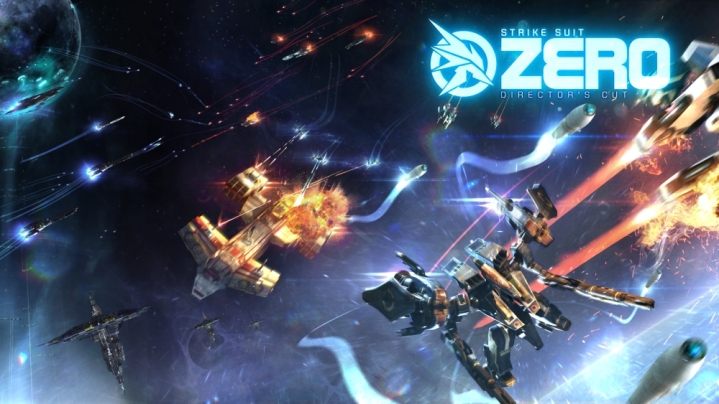