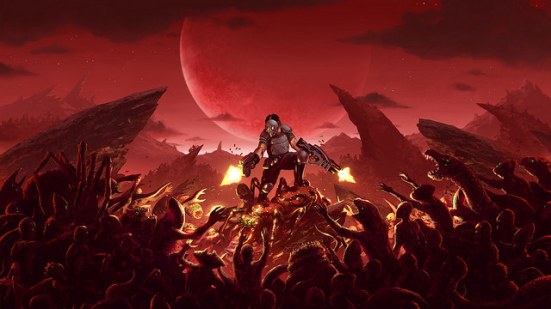 We’re fans of indie developer 10tons and have played both games they’ve released on the PS4, King Oddball and Sparkle 2. If you’re fans too, you’ll be happy to note that their third title, Crimsonland will be hitting PS4 on July 15th. What makes this game special is that it’s a remake of their very first game they ever made as 10tons. Crimsonland is a twin stick shooter where you must survive waves and waves of aliens, giant spiders, zombies, and other monsters. There will be 60 missions, three difficulty levels, 30 weapons, and 55 perks. We’ve played a bit of it on the PC and thought it was pretty fun, though I’d love to see what this game looks like on a big screen TV and how plays with a real controller instead of a keyboard and mouse.