Younger gamers may not have heard of this game before, but those of us who grew up gaming in the 80’s know the name R-Type quite well. R-Type was a side-scrolling action space game that put you in control of an advanced spacecraft called the R-9a “Arrowhead” in order to defend humanity against the evil Bydo Empire. This was an alien race that seemed to be somewhat H.R. Giger-ish in nature, like the Aliens from the movie of the same name. R-Type was a huge hit back then in the arcades and eventually made its way to TurboGrafx 16 home consoles. The game was later remade for more current consoles and found its way to Xbox 360 as R-Type Dimensions. That brings me to this review here. This version of R-Type Dimensions is for the PlayStation 3 and was only just released recently.

R-Type Dimensions differs from the original in that this game contains both R-Type and its sequel, R-Type II combined into one game. On top of that, this isn’t just a straight port either. The graphics and audio have been heavily upgraded, but for retro purists, don’t fret because this game has one of the coolest features you’ll ever see. It’s the ability to switch back and forth between the retro graphics and audio and the updated graphics and audio at the touch of a button, and all in real time as you are playing.

On the retro side of things, the graphics seemed to be a faithful reproduction of the original game’s graphics and same goes for the distinct old school audio sound soundtrack and effects. I can’t tell you if they are exactly the same or not but they seem like they would be. 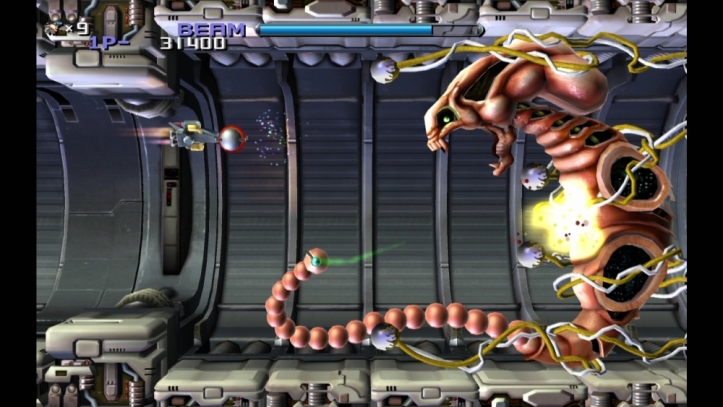 If you plan on playing R-Type Dimensions with the upgraded graphics and audio, you’ll find that that the updated graphics aren’t bad at all. The developers have tried their best to approximate what the old school 2D objects would look like if they were done in 3D. The updated graphics do give the game a completely different feel though, like that of a more modern shooter.

Of course if you don’t really care about the graphics all that much and just want to experience what R-Type has to offer with gameplay, you’ll be happy to note that this is the authentic experience. For those that remember, R-Type was a very difficult and challenging game to play. This is no different, especially in Classic Mode. Here, you get 3 lives to use, but most likely, you’ll use them up within the first minute of play.  R-Type is one of those games where you really need to spend time memorizing where the enemies come out from and the patterns they take when moving around the screen. If you remember, a lot of old school games were like this. It just takes a lot of patience to master. Classic mode is insane though as every time you die, you basically have to start back at the beginning.

If you don’t have the patience to memorize though, you could always play through the new Infinite Mode which basically gives you an infinite number of lives to use. This makes it possible to actually finish the game through one playthrough. In my case, it probably took me over 100 lives to finish the whole game, which is pretty bad, but over time, I’m hoping to cut this number down. Also of note, Infinite mode allows you to continue right from the point where you died so it’s much easier to play than Classic Mode. I’m sure most of you will be playing it through in this mode.

Just like the arcade, you’ll be able to play through R-Type Dimensions with a buddy in co-op mode. This too can be played through in either Classic or Infinite Mode. Playing with a friend however doesn’t make the game that much easier though and you and your buddy will still end up dying a bunch of times. Of note is that the game only features local co-op so you’ll need an extra controller handy.

Players who remember R-Type will surely love this game. R-Type Dimensions has everything an R-Type fan needs. It has two full games included in it recreated with their original graphics and audio as well as updated graphics and audio. Purists will probably want to play it in its original form, but the updated bits aren’t that bad at all. It’s funny because I preferred the original stuff while my son preferred the updated stuff.

Overall, I’d say R-Type Dimensions is a game I would recommend. The game has held up quite well over time and still plays as good now as it did back then. Classic Mode might be a tad too difficult maybe for today’s “casual” crowd, but if you’re willing to put the time and effort into it, it’s a satisfying feeling when you can beat a level without dying. Infinite Mode is still good though for those players who just want to play through the game and not worry about their lives. It’s a fun game to also play with a friend locally and really goes back to those old arcade days when you and your buddy would just plunk down quarter after quarter trying to beat this. 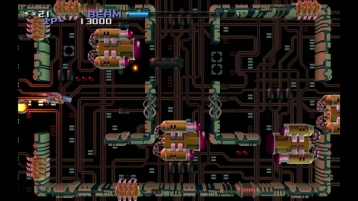 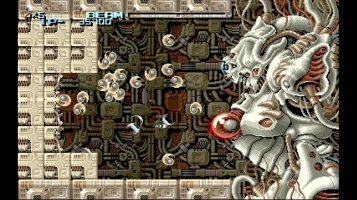 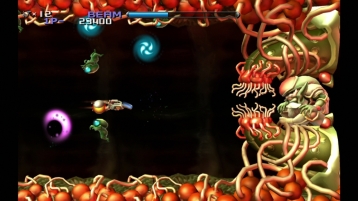 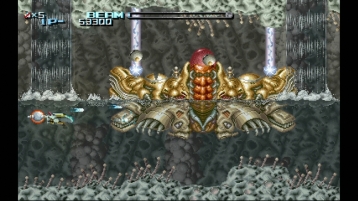 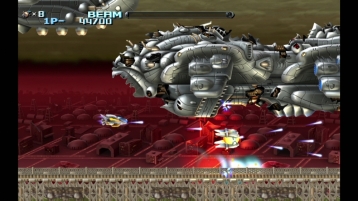