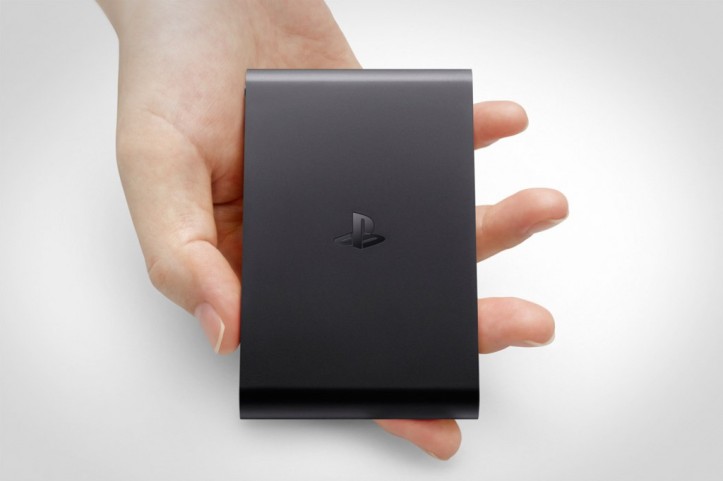 This is a really short review for Sony’s PlayStation TV, a device that has never really taken off here in the US. It’s an odd little device that is meant to allow you to play PS Vita games on your big screen TV, yet it doesn’t allow you to play all of them even though it technically could. Even though Sony says that it will not really be supporting PS Vita anymore, there’s still a large catalog of games you can play as well as a bunch of 3rd party developers still making games for it. Plus, if you’re a PS Plus member, you get free games each month. Might as well have something to play them on if you don’t own a PS Vita.

A regular PS Vita can cost you around $169 these days, less if it’s on sale. That’s still a lot to pay for a console that Sony is officially dead, even though there are still lots of 3rd party developers supporting it with new games. Still, that’s a good chunk of change to drop if you want to maybe play a few PS Vita games.

Well, the PlayStation TV can play a good chunk of those games and at a much lower price and on your giant TV. When PlayStation TV first came out, the base unit was $99. You can find them now for under $40. In my case, I picked one up on Black Friday week for $19.99. If you buy the bundle, it’s a bit more but you get a controller, memory stick, and a game bundled in.

Setting up the PlayStation TV is like setting up a regular console. Plug in the power, attach the HDMI cable to your TV, and then connect to a network either via Wi-Fi or Ethernet cable. You’ll have to log into your PSN account or create a new one to start playing anything though. You will also need a PS Vita memory card to download your games to as there isn’t any real internal memory. I suggest something over 8gb. Games you’ve already added to your library can be downloaded via the PSN Store.

If you have a PS4, one of the biggest reason I think to pick up the PlayStation TV is the ability to Remote Play. While the PS Vita also does Remote Play, trying to play games with the Vita’s controls aren’t always that great. With the PlayStation TV, you’re able to pair a PS4 controller with it which makes playing PS4 games on it much better.

Remote Play allows you to play your PS4 games on another TV either in your home or over the Internet at another location. For instance, I was able to take the PlayStation TV to my parents’ house and my kids were able to Remote Play our PS4 games from there. While there is a little bit of a lag, it’s still a much better solution than me lugging a PS4 around.

That brings me to the PlayStation TV’s diminutive size. This thing is so small. It’s like half the size of the PS Vita and can easily be packed in a bag. You will of course need to pack the power cord, HDMI cable, a mini-USB cable, and a controller…but other than that, it’s easily transportable.

Like I mentioned in the opening paragraph, there are actually a lot of games you can play from the PS Vita catalog. While those who don’t own a PS Vita may think there aren’t any games for it, that is actually not true at all. Sure there might be a lack of first party titles or AAA games, but what it does have is great. Games like Gravity Rush, Persona 4 Golden, Uncharted, and Freedom Wars are all worth playing and while many may scoff at indie titles, the PS Vita was a gold mine for them and still is. There really is no shortage of fun titles to play and if you’re a PS Plus member, you get free PS Vita games anyways so you might as well get something to play them on.

It’s Not All Rainbows and Butterflies

There are some negatives with the PlayStation TV however. One of the biggest issues is the lack of multi-user accounts like on the PS3 or PS4. Just like the PS Vita, only one person can really use it unless you wipe the device and re-login with another account. What that also means is that you can’t play native PS Vita games locally with another player on the same PlayStation TV with separate controllers.

Another negative is that not all games work on the PlayStation TV. I have quite a huge collection of PS Vita games now and not all of them can be played on it. Lastly, if you were looking to use the PlayStation TV as a streaming device, forget it. There is no Netflix app available for it or an Amazon Instant app. There is Crackle, but it doesn’t have the huge library that the other two services has.

Lastly, you can’t use the PlayStation TV on older TV’s that lack HDMI inputs. This thing only has HDMI. I’m sure it’s possible for you to get some kind of converter, but it’s probably not worth the extra money and equipment.

Despite some of its short coming though, the PlayStation TV is a huge value right now, especially if you can pick it up on the cheap. The Remote Play feature is reason enough to pick one up and the ability to play all those PS Vita games on a giant TV is just a bonus. There is always a deal on them somewhere (you just have to search around) and same goes for many of the games as well.