So my previous daily was the LG V20. I was so impressed with this phone that I ditched my iPhone for it. I’ve had that device since the end of 2016 and it has served me well through most of 2017. I did a brief stint with the HTC U11, but the lack of certain features when used on AT&T’s network caused me to go back to the V20 as my everyday phone. That changed on October 10th because I now have the LG V30 and it’s so far a much better device in almost every single way. 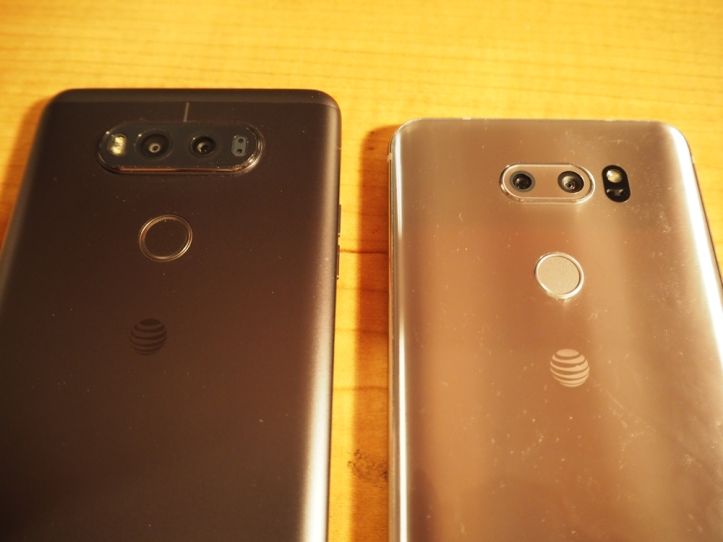 Let’s start this off with what hasn’t changed. The LG V30 still has the audio port, the rear power button / fingerprint reader, dual rear cameras with one being a wide angle lens, expandable storage, and USB-C port for charging and syncing. It still retains a bit of the V-series flavor, but looks a lot more modern and upscale. It’s also still a fairly large device. Not only that, the LG V30 is still a MIL spec grade device. 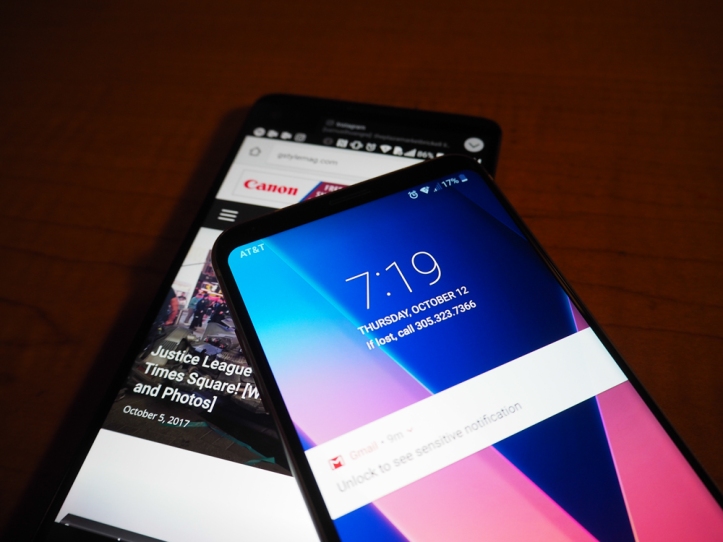 A lot. The biggest difference you’ll notice is the design. The phone no longer has a metal design and it no longer sports a removable battery. It now features a hybrid metal / glass design that makes it look more premium and sophisticated. The LG V30 also ditches the second screen which has been a staple of the V-series since the LG V10. Part of the reason was so they could cram in a taller 18:9 ratio screen with more usable space. While it was a neat features, you can still get some that usefulness with the new floating software bar and an always on display, both of which you can also disable if need be.

The size of the device is also different. While this is a big phone, it’s not V20 big. My biggest issues with the V20 was that it was a little too big. The LG V30 feels much more manageable, even one handed. The new screen is gorgeous and I don’t think I’ll miss the second screen much, even though it was convenient. I think I can make due with the always on display for the same features. 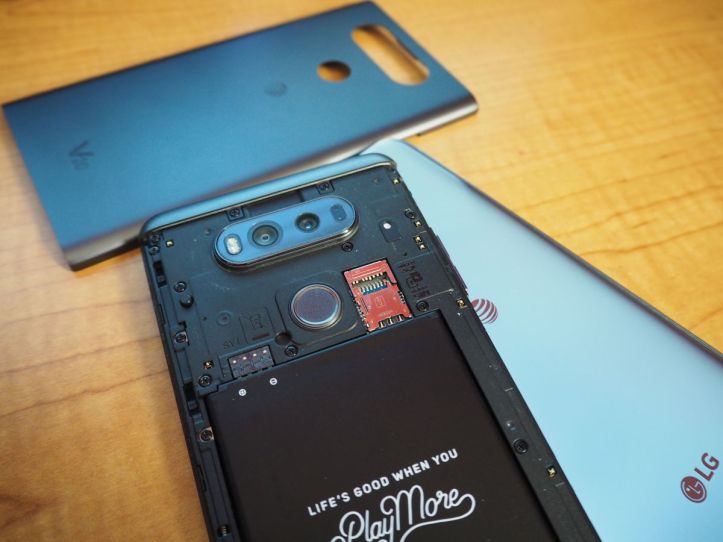 Since the battery in the LG V30 is no longer removable, LG fitted it with a larger unit than was on the V20. It’s now a 3300mAh unit instead of a 3200mAh unit. Hopefully this makes the phone last a bit longer between charges because my V20 towards the end was really going through power like water.

Speaking of water, the LG V30 is now waterproof. The LG V30 is now rated IP68 dust and water resistance. It can be submerged in water up to 1.5 meters for up to 30 minutes.

Another big change and what seems like a trend now is the removal of the IR Blaster. I’m actually pretty sad that this is gone because I used my LG V20 as my universal remote for my various televisions in the house. It was just so much more convenient controlling them with my phone then having to find the remote each time. I understand why they probably got rid of it, as every other brand has gotten rid of it too, but I’m not happy about it.

I think that covers all the changes at a glance. Obviously the internals are different with a boost in specs and power, but that’s a given.

In all ways, yes. It’s a much better device. The LG V20 was already a beast of a phone but the LG V30 surpasses it in almost every way. It’s more powerful, has a much better screen, better battery life, and it’s now waterproof like most flagship phones are now. Sure it ditches the removable battery and the IR blaster, but I think I can live without those things. The LG V30 also seems a bit more manageable now in your hand.

On that note, this isn’t a full review at all. There will be one in the near future after I get some more time with the LG V30, so keep an eye out for it along with some sample photos with the new cameras.

Disclaimer: AT&T sent me the LG V30 to evaluate. This is the Seasonless Silver variant of the device with 64gb of memory running on AT&T’s network in Miami, FL.