While very popular in other countries and basically almost a necessity these days, dashcams still aren’t really widely used here and I have no idea why. I’ve been running numerous dashcams over the years and while I haven’t really had to make use of anything they’ve recorded, it’s comforting to know that when I do need a recording of something that’s happened, it’s there. For me, a dashcam is a form of protection where proof is worth more than a he said, she said battle of words. With that said, the latest dashcam I’ve been testing out is the Thinkware F800 Pro. 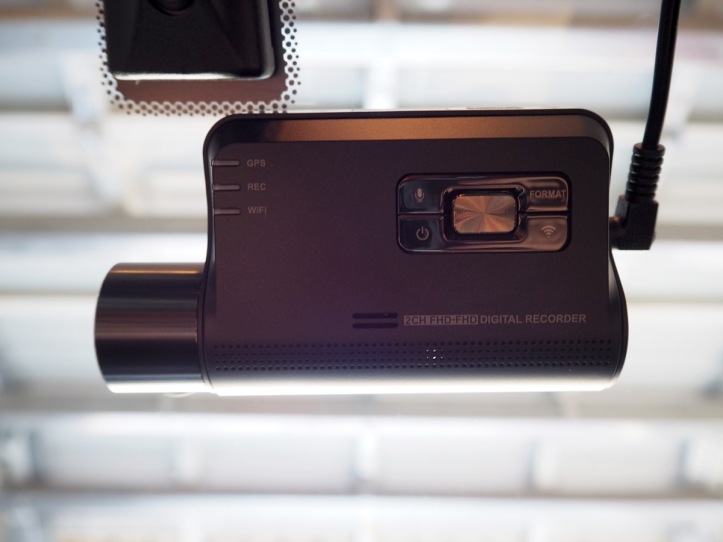 Unlike most of the dashcams I’ve used, the Thinkware F800 Pro does not have a built in screen. What it lacks however it makes up for in a slightly more streamlined package that sits flatter on your windshield is is more out of the way. That means it is hidden more behind my rear view mirror and isn’t visible in my normal line of sight while driving.

Also another difference is that while most dashcams positions are adjusted via the mount, this instead uses an adjustable lens that you turn to lineup with the horizon. Because there’s no screen for you to see what the camera is seeing, you have to use the Thinkware Cloud app as a companion to connect to the camera. More on that later.

The Thinkware F800 Pro for the most part is very well made. It has a solid build and because of the double sided 3M tape, it most likely will not fall off your windshield over time like some models do with the suction cup attachment. It’s very secure and once it’s on, it’ll pretty much just stay there.

For the most part, installation was a breeze. You need to have the mobile companion app installed in order to line up the camera properly and it’s not very hard to do. After you have it placed where you want, you’ll want to run the cable around your windshield and to the side of the dash near the door so you can run it underneath and to your power outlet. It’s not complicated, but will take some time.

Usage is pretty straight forward. It turns on on its own when you start the car and beings continuously recording in 1 minute chunks. When the device senses a bump or some kind of collision, it’ll save whatever video it is currently recording to a separate folder that will not be overwritten like the regular files are. You can then later transfer those files via the companion app or pop the memory card out and view it on your computer.

Other extras included with the Thinkware F800 Pro are Advanced Driver Assistance Systems such as lane departure warnings, front collision warning, and safety camera alerts. It even has built in GPS that can tag your photos with location as well as speed.

Again, for the most part, you just set it and forget it. Let it do its job and most of the time, you’ll hardly know its ever there except for the occasional voice prompts.

Now for some negatives. The Thinkware F800 Pro doesn’t seem to have an internal battery. It’s strictly powered via cord so in my case, when my car turns off, everything turns off. Most other dashcams I’ve used are rechargeable and can keep recording for a short amount of time even when the car is off. What that also means is that when you’re away from your vehicle and something happens, it doesn’t record any of it. In order to get it to record when you car is parked and off, you need to purchase an optional hardwiring cable and install it to your fuse panel. 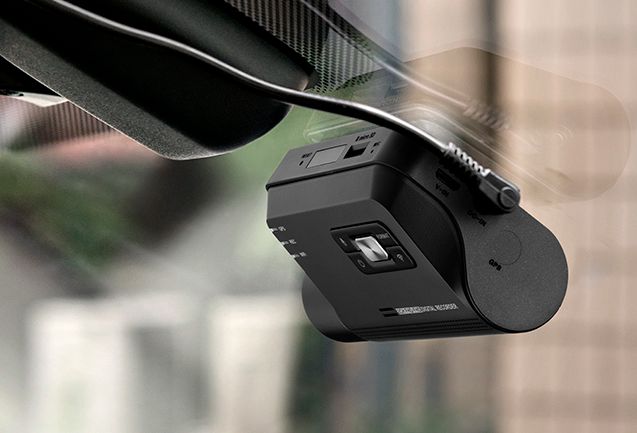 The Thinkware F800 Pro has a lot of promise and is a solid choice for those who want a dashcam that can sit out of the way and continuously record without you ever really noticing it’s there. The one thing I probably would recommend is that you buy the optional hardwiring kit as well to keep the dashcam on even when the car is off.

It does do quite a bit that my other dashcams I’ve used in the past didn’t. The built in GPS is a welcome feature that geotags your videos and can also tag the speed you were going at the time. Basically the more information you have on your videos, the better position you are to protect yourself from false information.

With that said, I still think everyone should get a dashcam installed in their vehicle. It’s the best form of proof you have if anything ever comes up seeing as video never lies, but people can.