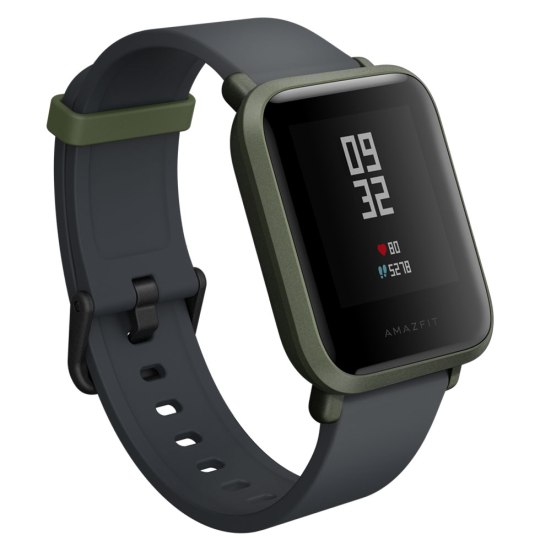 What’s the first thing the pops into your head when I say fitness tracker? It’s probably not the name Amazfit and it’s probably not one their latest, the Amazfit Bip. While the other fitness brands may get more attention here, it’s Amazfit that is apparently the largest wearable device manufacturer worldwide. Now this isn’t the first time I’ve looked at an Amazfit product. The first was the Pace which I thought was an amazing device that was hampered by a so-so companion app. Now with the Amazfit Bip, the hardware isn’t quite as nice as the Pace but it’s got a crazy standout feature that no fitness tracker can really touch right now – up to 30+ days of battery life per charge (dependent on usage). 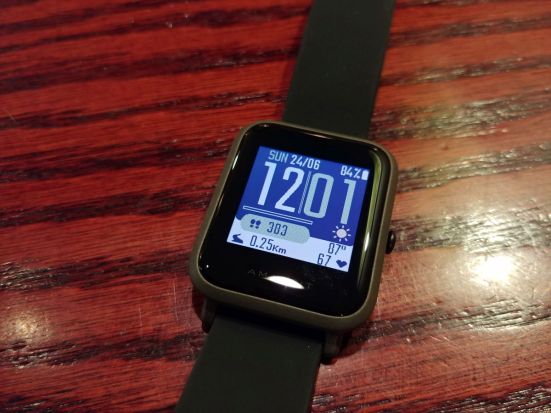 The Amazfit Bip follows the same design language as something like the Apple Watch and Fitbit Versa. From afar it could look like either of these but up close, you can kind of see why it costs what it costs. While the curved Gorilla Glass looks really slick up front, the body is made entirely of some sort of plastic. That means it’s not quite as nice looking or high end feeling as an Apple Watch or Fitbit Versa. However, the Amazfit Bip is incredibly light because of this and it’s not really that difficult to make it look nicer.

How can you make it look nicer? Well, with better looking bands of course. The Amazfit Bip comes with a standard silicone band that works well as a fitness band. It’s light, flexible, and feels soft on the skin. It’s not bad, it just looks boring. Luckily, the Amazfit Bip uses standard 20mm bands with pins. That means you can swap in a metal band, leather band, nylon band, etc. Get the look you want, when you want. Aside from that, I’ve also seen cases you can buy for it to further protection and customization.

As for the screen, it’s fairly easy to read in any type of lighting. When it’s dark, you can activate the back lighting to see the screen better and when it’s bright out, you don’t have to. The always on display is very easy to read in bright sunlight which is a big plus in my book.

Another design feature of the Amazfit Bip is the push button crown. This is used to wake the watch from standby mode as well as when held down, it can launch a shortcut to start recording an activity like walking, cycling, etc. You can also just set it as a shortcut to turn off the device if you want to go that route.

Lastly, the Amazfit Bip features an optical hear rate sensor on the rear

The last item there you should really pay attention to. While the closest competitor to the Amazfit Bip, the Fitbit Versa touts a whopping 4-day battery life, this thing gets a mind blowing estimated 30-days of battery life between charges! I don’t know what size battery the Versa has, but in my book, 30-days beats 4-days by a mile. Not only that, it also beats pretty much every Android Wear device, Apple Watch, and any other fitness tracker I can think of.

There really isn’t much in terms of what you need to do to get your Amazfit Bip up and running. To get the most out of the Amazfit Bip, you’ll need to download the Mi Fit app from the App Store or Google Play. I’ll explain more about the app in the next section, but just know that you need it to activate the devices as well as syncing all data off the tracker.

Accuracy is a big thing with fitness trackers and I can honestly say that I really don’t know how accurate they really are with what they track. Steps can be super finicky because of the different ways these things track steps. I usually just use these things as an estimate and not as an exact science. That means I usually set these for an estimated goal and if I hit it, great. If I come close, also great. If I’m over, even better. Same goes for the heart rate monitor. As long as it doesn’t look like I’m dead or my heart is going to explode, I’m okay with whatever reading it shows me.

If you want pretty accurate readings though, you’ll probably want to use the activity tracker to monitor your runs and walks with the GPS.From what I can tell so far, the GPS data seems pretty accurate as I did a few sample walks and it showed pretty much the route I took. I mean it wasn’t exact as you can see it deviates a tiny bit, but still pretty accurate for the most part. Also, you’ll need to wait about 20-30 seconds before starting your activity because that’s about how long it takes before you get a GPS lock on the Bip.

Lastly, one of the most touted features of the Amazfit Bip is its incredible 30-days of estimated use between charges. Is this true though? I only just go it several days ago, but I’m averaging about 3-5% of battery drain per day. That’s with phone call and SMS notifications turned on, continuous heart rate monitoring set to every 10 minutes, and lift-to-view turned on for certain times of the day. So best case scenario for me if I do the math would be between 20 – 35 days. That’s all based on how much I actually do on the device. For you, it’ll be based on what settings you have on, how much activity you track, and many other factors. Either way, I still count is as a win because I’m not constantly having to charge the Amazbit Bip up like I am with other trackers.

There was one tiny issue I am having with the Amazfit Bip and that has to do with the push button crown. Because I wear the Bip on my left wrist, sometimes depending on how I bend my hand, it’ll push down on the crown and activate an activity to record. The watch will vibrate letting you know that it’s about to start one so you’ll have to manually tap on the crown again to cancel it out. It’s a minor annoyance and you can’t really disable the long press shortcut. Only change what the shortcut is for. 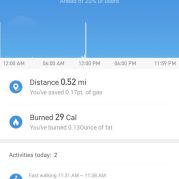 The Amazfit Bip uses Mi Fit app as its companion app. For the most part, it’s pretty comparable to other fitness apps. It does a good job of displaying all the data gathered by the Amazfit Bip in easy to read format. I would say that it’s actually pretty good except for a few minor omissions.

For one, it doesn’t keep track of nutrition. For that you’ll have to use another app in order to count your calories. Other apps have this built in or have a way to import this data from other sources but the Mi Fit app does not.

Another, and this kinda goes with the first complaint, is that the Mi Fit app doesn’t allow for many connected sources and apps. The only thing on Android for instance that you can have this export data to is Google Fit, but that’s just not enough. I want to be able to both export and import from other data sources and other apps like MyFitnessPal, Strava, or Runtastic. This is where something like Fitbit has an advantage.

Still, if you don’t really care about gathering all your fitness data into one area or need a bunch of connected apps, the Mi Fit app is actually pretty good with what it can collect and show you from your Amazfit Bip. Aside from nutritional information, you got everything you need like steps, activity times, sleep tracking, weight tracking, and heart rate monitoring all in one.

The Amazfit Bip has a lot of potential. The hardware is good, if not a little bit less premium looking. The software is good even though there are a couple omissions. Despite these shortcomings, the Amazfit Bip is my opinion is one of the best fitness trackers in its price range. It may not be quite perfect, but it’s close and Amazfit are constantly updating its companion app so hopefully they allow for more apps to work with its ecosystem.

In terms of price, there’s nothing out there that can really compare with it based on all the features the Amazfit Bip has. The fact that it has continuous heart rate monitoring, an always on touchscreen, a compass, IP68 rating, geomagnetic sensor (compass), and air pressure sensor (barometer) for elevation is a huge plus for something so inexpensive. Not to mention the fact that battery life on this is ridiculous.

With that said, if you’re looking for a very good fitness tracker that’s also very inexpensive, give the Amazfit Bip a look. You won’t be disappointed by what you find. It even comes in four different colors. 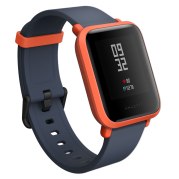 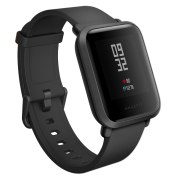