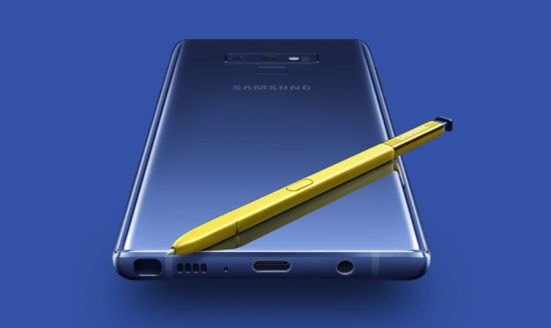 Remember when Samsung phones used to be affordable while still offering some really good specs? Those days are probably long gone now and many of their flagship devices now start at prices that mirror Apple’s iPhone. Take for instance the upcoming Samsung Galaxy Note 9 that was announced yesterday. The 128GB model will start at $999.99 while the 512GB model will be $1249.99. That’s a pretty hefty price tag, but I believe that in order to understand that price, you have to take the specs into consideration and the Galaxy Note 9 sure has some beefy specs.

I haven’t used a Samsung Galaxy Note series phone since the Note 4 but this one has me intrigued, mainly because of what been upgraded since the last model and some new features having to do with the S-Pen. Some standout specs that need to be mentioned is the Qualcomm Snapdragon 845 mobile processor with 6GB of RAM, 4,000 mAh battery, 128GB of base storage with expandable memory, 6.4-inch Quad HD+ Super AMOLED, 2960×1440 (516ppi), dual rear cameras, and Android 8.1 Oreo when it’s released. It even has stereo speakers now with three-dimensional sound from Dolby Atmos.

That’s some pretty flagship level specs right there, perfect for anything you can throw at it including the most processor heavy of games. However since this is a Galaxy Note series device, Samsung went ahead and also beefed up the S-Pen which now features Bluetooth Low-Energy (BLE) support. What that means is that the S-Pen can do even more now then ever before. It’s not only just a stylus anymore. With just a click, you can take selfies and group pictures, present slides, pause and play music, and more. The S Pen charges in the phone in just under a minute, so it’s ready for you in a matter of moments. Developers can even integrate the S Pen’s new, advanced BLE functionalities into their apps later this year.

Lastly, this is one of the few smartphone left out there that still has an audio jack.

So is the Samsung Galaxy Note 9 worth the $999.99 starting price tag? I think it really depends on how you look at it and what you really need in a smartphone. If you’re not a power user, I’d say this might be a bit out of your range and probably not worth dropping that kind of money. If you are a power user, you can’t overlook the fact that the Galaxy Note 9 is pretty beastly and feature packed. This is still really the only flagship device you can get with a stylus which itself is already a stand out feature. In addition to the specs, you’re looking at what might be one of the best Android devices out there once it’s released.