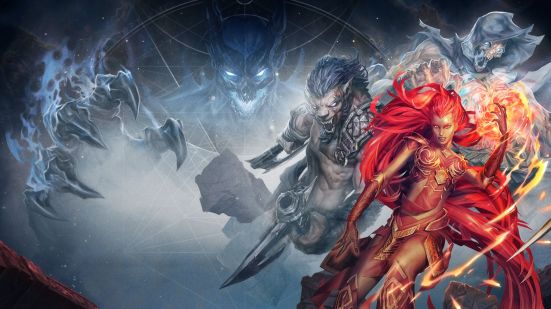 I’ve never really been too into action-RPG games. I’ve always found them to be a bit too slow paced and required way too much time to play. There was one exception which blew me away and kept me interested for quite a while and that was Diablo 3, specifically, Diablo III: Reaper of Souls on PS4. To me, it was such a fun game that had everything from hectic action, tons of loot to collect, procedurally generated dungeons, and the ability to play with friends. Needless to say, I was hooked.

Shadows: Awakening is the new adventure in the Heretic Kingdoms saga. After the members of the secret council known as the Penta Nera are assassinated, their souls are consumed by the Devourers – evil demons which possess the ability to absorb the memories and personalities of the souls they acquire and materialize them as their puppets. Re-emerging into the mortal realm once again, the demonic Penta Nera continue their quest for power and immortality, but at what cost? 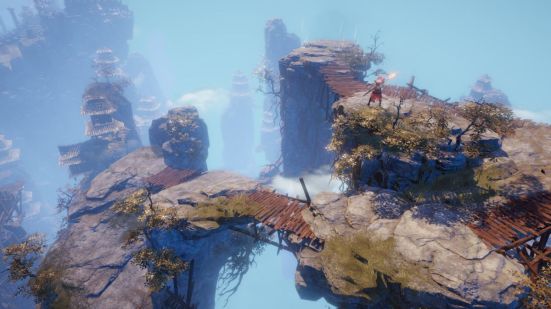 What initially struck me in Shadows: Awakening were the visuals. They do look very much like Diablo III with that dark, gritty look. It’s actually all really well done with great environmental designs that are also highly detailed. It’s all top notch work and I also enjoyed how the environment changes when you swap between the mortal plane and the Shadow Realm. Character design are also very well done and look lively even when standing still. The game is played at an isometric view, which is another thing it has in common with Diablo III  and all the combat is in real-time.

Speaking of which, the combat is okay, but certainly not as good as it is in Diablo III. In fact, it’s pretty basic in nature, at least from my first initial reactions to it. Attacks mainly consist of a melee and a ranged attack, and while effective, seems a tiny bit clunky. What is really cool though is switching back and forth from the mortal world and the Shadow Realm. There are different types of enemies in each and switching back and forth can change the environment. For instance, a bridge might be down in the moral realm, but in the Shadow Realm, it’s there. This element I think is in place for environmental puzzle solving and adds another layer to the game that I appreciate. 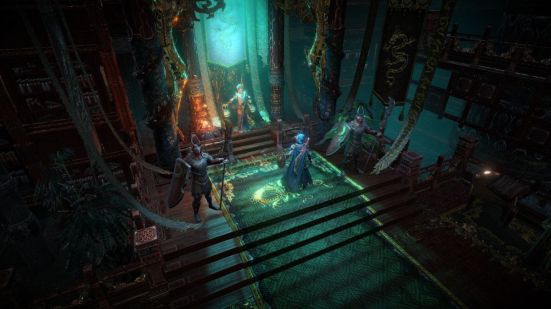 When looking at the story, it does seem pretty interesting starting out.  That should at least keep you interested despite the slightly simple combat mechanics. I still haven’t delved to deeply however into the RPG elements of the game nor gone too deep into the party system and all the unique souls you can use.

Overall, I’d say that the Shadows: Awakening isn’t that bad all. There are elements that I really do like and the art visuals are quite good. I’ll probably continue on and see if it’s at least worth more of my time. Until them, the game has piqued my interest.

Shadows: Awakening is available globally on PC via Steam and on PlayStation 4.

Received preview code from developer and/or publisher for coverage purposes.