In a surprise move by Sony’s PlayStation team, they’ve announced that Lemmings, the official game is now on mobile. Redesigned for the mobile generation, Lemmings is pretty much the same game you’ve come to know and love, for the most part. Everything’s been optimized for touch so it can easily be played one-handed. Not only that, this is now a free-to-play game with in-app purchases, but does this compromise the fun and spirit of the game? Read on to find out.

On the surface, Lemmings seems to be the same but with a shinier coat of paint. The art is very well done with lots of polish. Lemmings back then was pretty simple to begin with and while this current version has that feel a bit, it does look much better. The audio is also fairly well done, you even get that familiar Lemming’s sound.

What’s also pretty good about Lemmings is the deep tutorial you must play to relearn how to play. It really helps out with reorienting yourself with the world of Lemmings and does a great job teaching you the ins and outs. When you’re done with that, there are supposedly thousands of levels to play, worlds to unlock, and collectables to collect. The core game itself is actually pretty fun and does a great job bringing back the spirit of the game.

The only real issue with the game is the dumb energy system. Instead of spending just energy to play each level, you also spend energy for each move you make. Which means if you make a ton of really unnecessary moves trying to figure out how to beat a level, you also end up wasting a ton of energy. Not only that, energy takes a very long time to come back. It’s something like 90 minutes for +20 energy. You can do an in-app purchase for unlimited energy, but it’s a mind-blowing $7 for 2 hours of unlimited energy! You can also spend gold you gain in the game to purchase refills.

And that brings me to this. While the main game itself is actually pretty good, I think how they’ve implemented the use of energy really brings down the value of the game. That is unless you only play short spurts at a time, then you probably won’t even care. However if you’re thinking of spending hours on this game at a time, forget about it, unless you decide to pay $7. 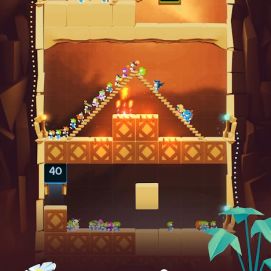 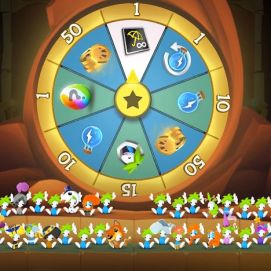 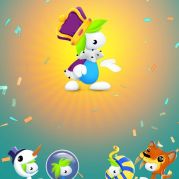 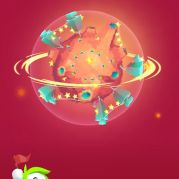 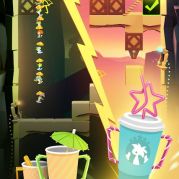 The only Official Lemmings game! Lemmings is back and bigger than ever!

The classic 90’s puzzle game, re-imagined for the best experience on your mobile device!

Embark on an epic journey through the wonders of the universe, rescuing cute, lovable Lemmings by guiding them through levels filled with hazards and traps.

Set your Lemmings to work, transforming each planet you visit from a hostile environment to a fun-filled utopia where your Lemmings can let their hair down and party!

Features
– Simple, one touch controls mean you can save Lemmings any time, anywhere!
– Thousands of levels filled with puzzles, traps and hazards!
– Voyage through the universe, building planets for your Lemmings to party on!
– Discover and collect unique tribes of Lemmings. You’ll never know who you’ll find next!
– Compete against players across the globe in tournaments for huge prizes!

A network connection is required.