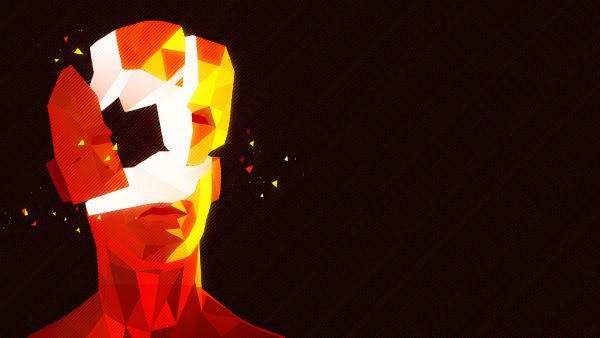 SUPERHOT is one of those games that leaves a lasting impression on you. It’s a first person shooter, but not like anything you’ve ever played before. While SUPERHOT may sound like just your ordinary FPS, it has a really interesting game mechanic that sets it apart from other. You see, time only progresses in the game if you move. No regenerating health bars. No conveniently placed ammo drops. It’s just you and the power to move time.

The first time I ever experiences SUPERHOT was on my friends PC via Oculus Rift and being able to play this in VR was simply amazing. After that, I got to play more of it when it hit the PS4, but on a regular TV and not in VR. It was still very good and well worth playing. Fast forward to today and it’s now available for the Nintendo Switch. That means not only can you play SUPERHOT on your TV, but you can also take it with you, wherever you go.

SUPERHOT starts out normal enough where it just feels like a bunch of random levels in which you shoot all these red guys to finish it and move on. You soon realize that what you are in fact playing is a cracked version of a game called SUPERHOT from your friend who keeps sending you the latest updated cracks. You come to find out that SUPERHOT is much more than you bargained for.

I’m not going to go into detail with the story as it seems like an integral part of the game and it will most likely have you surprised.

Graphically, everything looks pretty much the same as I remember it. The art elements are still the same with all environmental elements being shades of white and grey and the enemies in red. Weapons you can pick up appear in black. It has a minimal look to it and it’s certainly quite interesting. Even after all these years, the graphics still hold up and they look as good n the Nintendo Switch as they did on PS4. 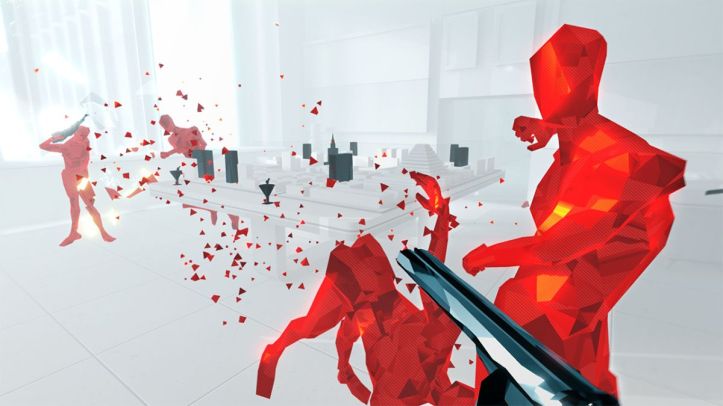 For the most part, SUPERHOT is like a traditional shooter but being able to move time only when you move is still a very neat concept. It allows for so much more strategic gameplay and being able to think out your next few moves is amazing. It’s like playing a FPS in slow motion, but it’s definitely not as boring as it sounds.

And while it doesn’t seem like it at first, there is a puzzle element in which you can’t just go guns blazing through each level. There’s a lot of trial and error and trying to discover the best method of completion. With that said, there really isn’t just one solution. I might think of one method and someone else will come up with a completely different one. That’s what makes SUPERHOT such an interesting game. 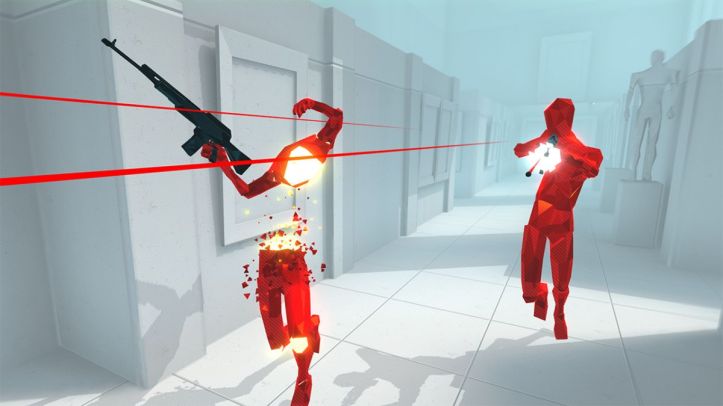 While SUPERHOT in VR may be the most immersive version of the game, SUPERHOT on Nintendo Switch might be the best. While the PS4 version was very good, you can’t take it with you like you can on the Nintendo Switch. Thanks to its dual nature, not only can you play it on the TV, but you can also take it with you on the bus, in the car, or to your in-laws. Regardless, while SUPERHOT is an older game, it still holds up quite well and I’m glad to see that a whole new audience will be enjoying what is one of the most unique FPS games out there.