We’re at that point now where real-time connected dash cams will soon be the norm. I’m already starting to see some semblance of it here and there and one of the best examples of it so far is the Owlcam by Owl Cameras. While this may look like just an ordinary dash cam, there’s much that differentiates it from the run of the mill. One prime example is the fact that this dash cam has a 4G/LTE connection that can protect your vehicle 24/7 and alert you in real time.

What is interesting here is that the Owlcam does not use a MicroSD card for memory. Instead it has internal memory built in, although it’s not listed how much storage that actually is. Also, the Owlcam is powered via your ODB II port located under your dash instead of the 12V port. They do this because this allows the Owlcam to turn on when it needs to as well as shut off on its own when it detects that it might be using up too much of your car’s battery. 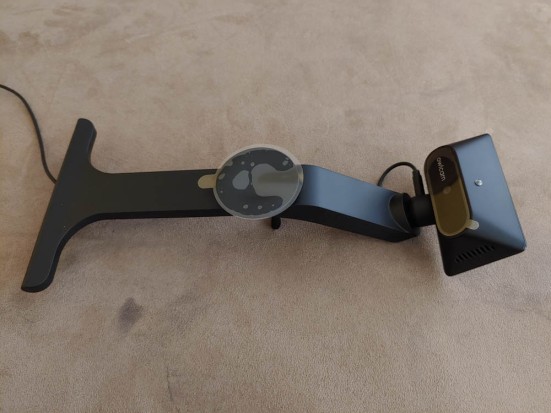 The Owlcam also has a rather unique windshield mount. The mount looks like an arm with a “t” bar at the bottom that you secure to the bottom of the windshield. In the middle of the arm is a suction cup that sticks to the windshield. At the end, there is a magnetic cup where the Owlcam connects to as the Owlcam has this little ball at the bottom that sits in the cup. This allows you to turn and position the Owlcam much easier than other mounts.  Lastly, the power cable routes through the arm to the bottom of the windshield so you can route id down and across the dash and have it finally end up under your dashboard. It makes for a very clean installation and this mounting bar seems more secure than other mounts I’ve seen.

Lastly, the Owlcam has this little green light that flashes when you’re away from your vehicle. It’s supposed to be a theft deterrent or at least to let people know that you’re vehicle is being monitored by an Owlcam.

The Owlcam pretty much functions on it’s own after install. In normal usage, the Owlcam is always recording in the background. You can check these recordings with the Owlcam app by viewing the history. Video history can be set to only stay stored for 30 seconds, 24 hours, or 14 days. Basically the camera just loops over older video and does this depending on the frequency you set. It will only save those videos to a protected area in memory if it detects a collision of some sort on its own while driving, when it detects a bump while parked, or if it detects a break-in. It also only records if you say “OK PRESTO” and it’ll record a clip for you of that instance. Any of these instances will automatically show up in the Owlcam app under “Clips.” and stay there unless you delete them.

Whenever a clip is saved or if the Owlcam detects something, you are always alerted in the Owlcam app so you can review the footage in real time.

I also must mention that in order to use a lot of what the Owlcam offers, you will need to play monthly to use the cloud services as well as the real time monitoring. You do get a year of service for free, which gives you 60 credits per month, with 30 of those credits being rollover credits that can carry over to the next month. One credit basically equals a minute of use over 4G/LTE or each clip that you save when saying “OK Presto.” You can buy 60 credits at $4.99 per month after your free year ends. Of note, connecting to your Owlcam over WiFi to view and create clips is completely free.

While the Owlcam seems perfect so far, there is however one thing that is keeping the Owlcam from being perfect and that’s the lack of an internal battery. Owlcam pretty much relies on your car’s battery and while that’s great most of the time, it’s not great all of the time. If somehow the power was cut to the Owlcam, it just shuts off. It doesn’t not continue recording without power. Also, having an internal rechargeable battery would also take some slack off your car’s battery drain. While I know the Owlcam monitors this, It would be nice if the Owlcam wasn’t always drawing charge from the battery, even when the car is shut off. That’s my only real gripe with the Owlcam. 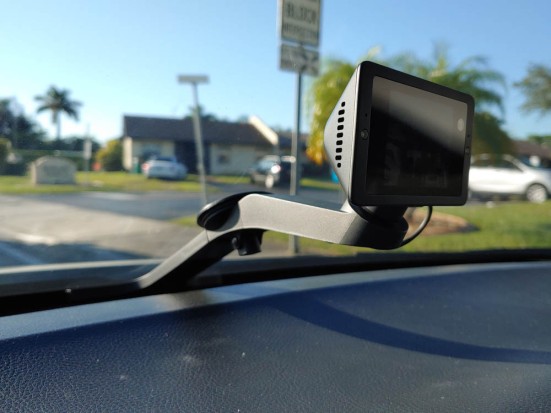 So how does the Owlcam stack up against other dash cams out right now? The Owlcam has a lot of unique features that aren’t found on other dash cams. This isn’t just a dash cam but an actual full on security system for your vehicle. Real time monitoring makes it a lot more useful than just a standard dash cam and being able to locate your vehicle if you forgot where you parked it or if it gets stolen is an even bigger plus. The Owlcam is almost perfect, it’s just missing that internal rechargeable battery that I mentioned above. Regardless of that, the Owlcam is a major contender for dash cam of the year.