Anthill is a Trail Defense RTS for Nintendo Switch | Review

I’m a fan of Image & Form games, although my first experiences with them came from their SteamWorld series in the form of SteamWorld Dig. In fact, that’s all I thought they made. I didn’t realize that they had other games in their portfolio before that, with Anthill making its way over to the Nintendo Switch after being on mobile only platforms since 2011. Anthill is a top-down, trail defense real time strategy game featuring you guessed it, ants.

Anthill is a game that was originally on iOS and Android and did quite well on those platforms garnering some pretty high praise and reviews. It makes sense that the game never really made the jump to other platforms due to the fact that it was heavily reliant on touch screen controls. The Nintendo Switch changed all that since it does have a touch screen and has a huge player base that makes sense to release it on there, allowing for a whole new audience to experience Anthill.

Anthill is very much like a tower defense game, except there are no towers. Instead, of placing defensive units around the map, you instead draw trails from your anthill to any point on the map. This makes the game a bit unique among defense games as you can pretty much draw wherever and however you want. You can make lines, circles, squares, zig zags, and even spirals. There’s no limit to the trails you can make, just be strategic about it and make sure you’re using all your units to the best of their abilities. 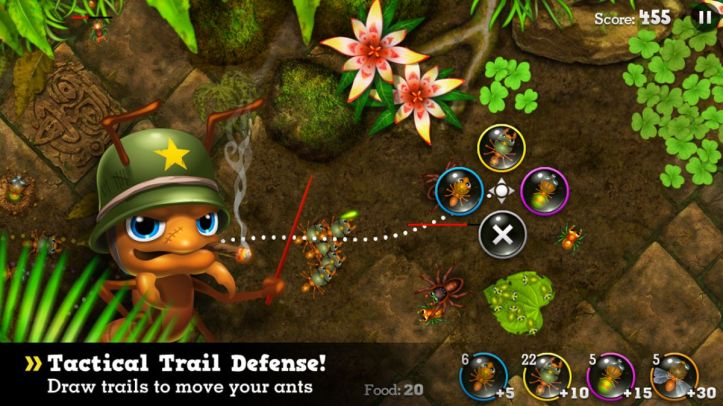 Like any good defense game, there are several different types of units you can make use of an each has their own unique abilities. You have the worker ants that go out collecting food and resources. You have soldiers that go out to hunt and guard your ant hill. You even have bombers that can fly above enemies to bomb them with surgical strikes. You get to control all your units based on the paths your draw and all of the action is in real time. 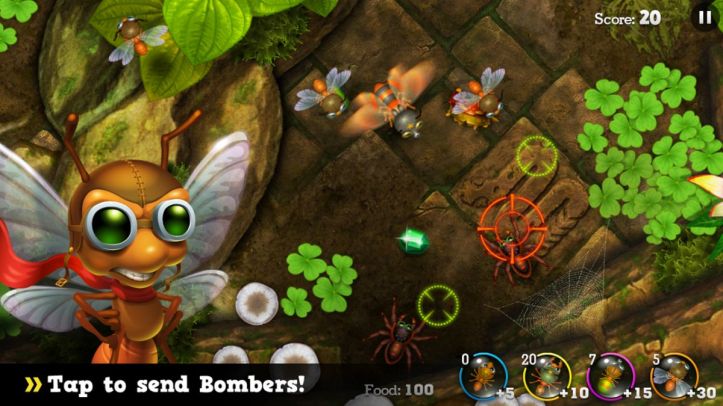 You still have to do things like manage your units, make sure you have enough resources for them all, and make sure that your trails are working. Whats good here is that you can instantly delete trails if they aren’t working and just redraw them to suit your needs. The mechanics are very intuitive and allow for quick changes when needed. This game is pretty much entirely touch based, which is rare on the Nintendo Switch. That’s not surprising considering its mobile roots.

What that does mean though is that you can’t play Anthill in TV or Tabletop Mode. This game is strictly for Handheld mode. That’s the only real downside to Anthill as there’s really no way to make the game any fun with controllers.

In terms of graphics, Anthill looks quite good on the Nintendo Switch. There’s lots of detail and everything is super colorful and fun looking. Sometimes you can get a bit lost with what is going on in the game however because of all the colors and just how hectic Anthill can get. 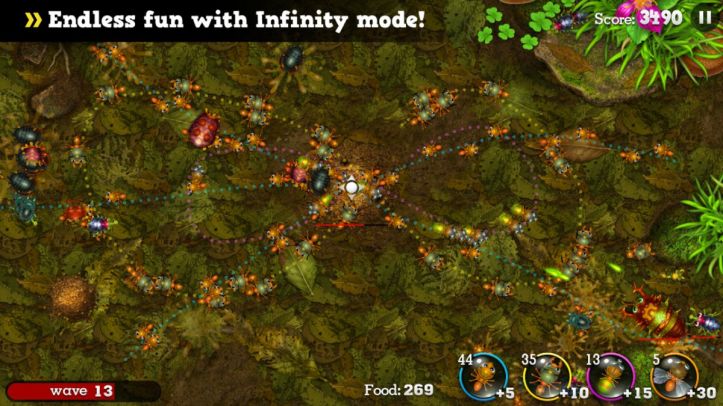 So is Anthill worth the purchase? If you’ve never played it before, I’d say yes. It’s very fun and addicting and comes with the base game and all DLC content that was ever released for it on mobile. Not only that, because of the way the game is set up, you can play it almost indefinitely so it has huge replay value. The only downside I see to Anthill is what I mentioned above with the lack of TV and Tabletop mode and lack of a multiplayer option. Other than that, Anthill is for sure a fun game to pick up.

Anthill is available now in the Nintendo eShop.