By now, you’ve probably seen some of our Amazfit reviews here dealing with their fitness themed smartwatches. For the most part, we’ve been genuinely impressed with them, especially with their battery life recently. Well now, they’ve expanded their portfolio and have ventured into realm of earbuds. For their first entry, they’ve gone the fitness route with the new Amazfit PowerBuds that not only boasts “Superior Sound” but  but also features an exercise heart rate monitor.

First let’s run through the Amazfit PowerBuds’ feature set and specs. For starters, these are truly wireless earbuds. That means there are no cables running between the left and right earbuds. The PowerBuds also feature a rechargeable charging storage case. The case holds the PowerPuds magnetically and can extend the battery life of the PowerBuds by 16 hours. Combined with the PowerBuds battery life of 8 hours, you’re looking at a full 24 hours of usage time between charges.

Like stated above, the Amazfit PowerBuds also feature Heart Rate Monitoring while exercising. It’s supposed to keep you informed about your heart rate and keep you informed of your workout status. We’ll talk more about this later.

Lastly these features something I haven’t seen yet on other earbuds and that is the magnetically attached, sport ear hooks. While the PowerBuds themselves are quite comfortable and sit securely in your ear, you can add additional security by attaching these ear hooks. The unique magnetic split ear hook design enhances the firm fit and stability of the earphones and prevent them from dropping during intense exercise. What I like about these is that you can have them on or off and when not in use, they store nicely in the charging case. 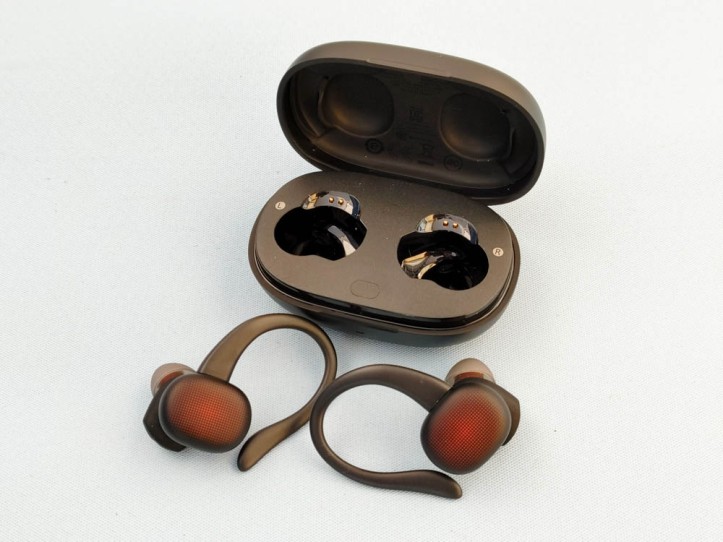 Let’s next talk about how nice the Amazfit PowerBuds look. They have really nice, smooth design that fir pretty comfortably in your ear (or at least in mine). They come with four different sized silicone earplugs for custom fitment and for the most part,  you should have no trouble getting these to fit precisely. The PowerBuds have this red dot matrix looking design on the outside which at first I though were supposed to be glowing LED lights. It’s a neat little design accent which confused me at the beginning. The PowerBuds are also IP55 rated for water and dust resistance.

The outer shell also acts as a touch panel because the Amazfit PowerBuds are controlled by touch. The good thing here though is that one tab does nothing so you don’t have to worry about accidental taps. You have to tab either side twice or three times to activate anything. The touch controls allow you to control your music as well as volume, activation of any virtual assistants, and accepting or declining phone calls. It works pretty well and you can customize what the button presses do in the Amazfit app.

Speaking of which, this does require the Amazfit app for setup in addition to adjusting the EQ settings. This app is also what you use to track your heart rate. 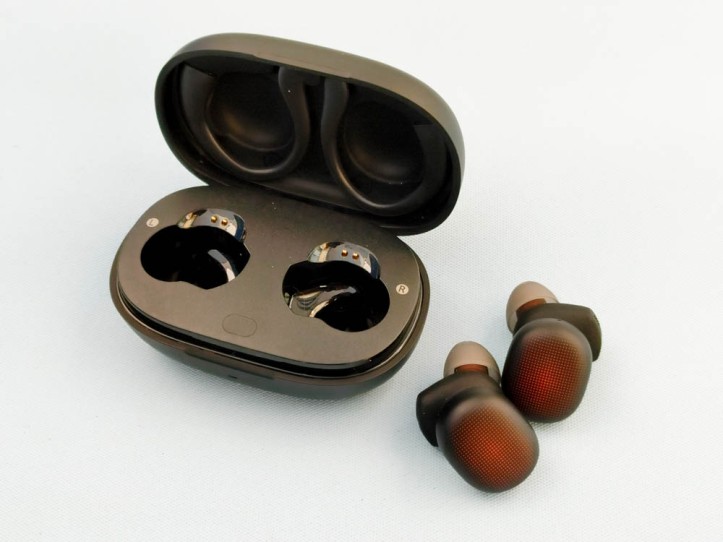 Audio quality on the Amazfit PowerBuds are quite good most likely due to its composite diaphragm drivers that provide crisp, clear sounds. These are 9mm drivers with 400mV. The PowerBuds also utilize the latest BT5.0, BLE standard. I will say, being able to adjust the sound profile through the EQ settings allow for a more custom, personalized sound. There’s also plenty of bass you can play with if that’s what you desire.

What’s neat here is that because the PowerBuds have dual mics, they aide in noise cancellation while in calls. Not only that, there’s also a “Thru Mode” that allows you to hear ambient sounds even while your listening to music. This easily turned on and off with a tap.

In terms of usage, there was only one little thing that annoyed me, but it’s most likely due to the fitness aspect of these earbuds. You can only use them as a pair. You can not just use one earbud at a time. If you happen to take one of them out while music is playing, it will pause your music until you bring that earbud back into range. It doesn’t matter which earbud you do this too. It will always pause if you separate them. These aren’t the first earbuds I’ve used that did this either. That basically means that for the most part, I’m using these mainly to workout with.

[UPDATE] Not sure if this is from an update or not, but you can now use either the left or right side independently of each other. If you use both at once, it still functions like above, but now you can just use one at a time if you choose to do so. 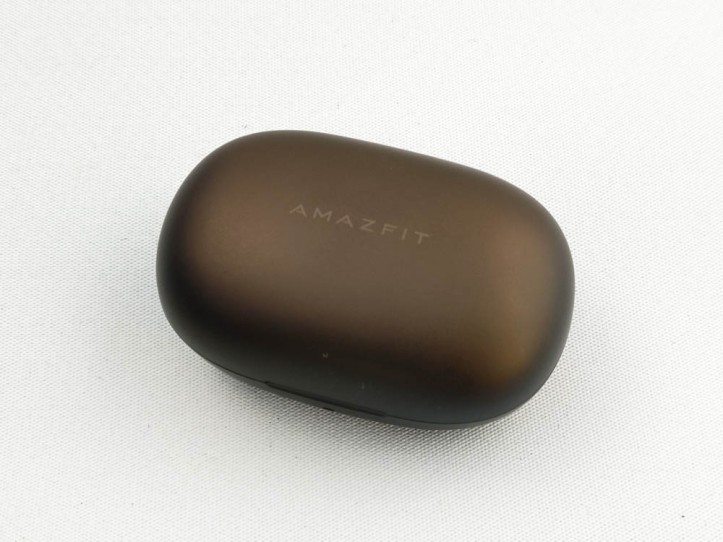 Aside from that, these Amazfit PowerBuds are pretty darn good. They look good, they sound great, and the heart rate monitor is a nice little bonus. I even like the fact that the little charging case has space for the optional ear hooks and it charges via USB-C. The case is also pretty small and doe to the smoothness of it, won’t be poking you in your pockets if that’s where you choose to keep them.

With that said, if you’re looking for a great pair of earbuds that you can use to work out with, check out the Amazfit PowerBuds. These things were made to compliment your active lifestyle and built to endure anything you can throw at them.