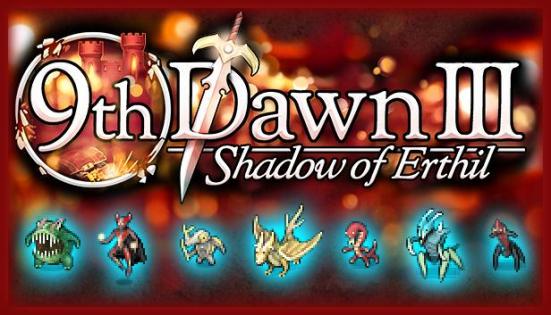 9th Dawn III is a huge 2D open-world RPG and “collect-a-thon” dungeon crawler packed full of adventure, allowing you to explore dungeons filled with more than 270 unique monsters – and enough treasure, loot, and rare materials to last a lifetime. There are also 1,400 uniquely drawn items to collect – including more than 300 weapons and 550 armor types and accessories!

9th Dawn III: Shadow of Erthil will be released on Steam/Windows, iOS, Android, Xbox One, PlayStation 4, and Nintendo Switch next Tuesday, October 6.