Nokia 5.3 is an Affordable, Android One Phone for the Masses | Review

Despite what bloggers and YouTubers want you to believe, not everyone out there needs a $1000+ flagship smartphone. While having the latest and greatest might impress some people, others find it overkill and are perfectly fine using a phone that cost $200 as long as it does everything they need it to do. Most people just need a smartphone that can make calls, send texts, check their social media accounts, and take photos. Maybe also play the occasional casual game and if that’s all you do, you don’t need a super-expensive phone to do that. Take for instance the Nokia 5.3. This is a no-frills, Android One equipped smartphone that has decent specs, an attractive design, and a price that can’t be beaten.

On paper, the Nokia 5.3 has fairly decent mid-tier specs. It has a Qualcomm Snapdragon 665 Octa-core processor matted to an Adreno 610 GPU. It also has 4GB RAM. While that in itself might not seem that impressive when compared to flagships, in real-world usage, it’s not that bad at all and it’s most likely due to the fact that the Nokia 5.3 is an Android One device running what is essentially stock Android 10.

You head right. While there are still some flagship phones waiting for an Android 10 update, this phone already has it. Not only that, but the Nokia 5.3 is also scheduled to get an Android 11 update sometime in the future. In fact, because this is an Android One device, you’re looking at 2-years of guaranteed software updates along with 3-years of monthly security updates. The Nokia 5.3 is also an unlocked device and comes with ZERO bloat. That means no unnecessary apps installed.

Other notable specs include a 6.55-inch HD+ IPS LCD display with a resolution of 720×1600 pixels with a 268ppi density and a 20:9 display ratio. Inside you’ll find a 4000mAh battery and depending on how you use it, could last up to two days between charges.

Nobody wants to carry an ugly phone and luckily, the Nokia 5.3 is not that. It’s attractively styled with a flat display, metal borders, and a rear back made of scratch-resistant composite. It’s available in three different colors – Cyan, Sand, and Charcoal. The color we received to evaluate is charcoal.

On the right side of the Nokia 5.3, you’ll find the power button and volume buttons above that. On the left side, you’ll find a Google Assistant button. I know some people don’t like having a button for this so it is possible to switch it off in the settings if you choose to do so. Below you’ll find a bottom facing speaker, a mic, and a USB-C port. On top, you’ll find another mic along with an audio jack, which is a welcome sight.

The rear we get a circular camera array along with a rear placed fingerprint reader.

Here’s where the Nokia 5.3 isn’t quite as nice. The regular 13MP wide camera and 8MP selfie camera are not too bad and pretty much on par with what I’d expect from an entry-level / mid-tier device. However, the 5MP ultrawide and 2MP macro camera are just so-so in terms of quality. When it comes to usefulness, you’ll probably use the wide and ultrawide modes more. The macro not so much. It probably would have served Nokia better if they replaced the macro camera with a telephoto lens instead. 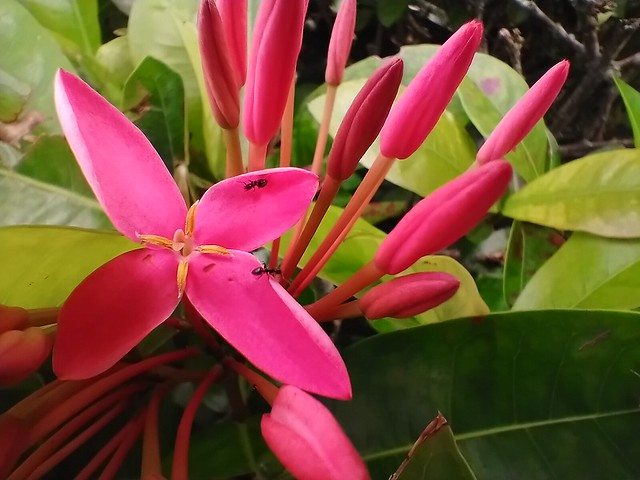 For more image samples, check out the gallery here.

After being on mainly flagship devices for years now, I’ll have to say that the experience with the Nokia 5.3 isn’t that bad at all. Even though this is running a Snapdragon 665, it’s still pretty snappy. Again I’ll probably attribute that to the fact that the Nokia 5.3 is basically running stock Android.  There’s also zero bloat and most of what is installed is just Google apps.

What else is interesting here is that there is face unlock on this phone. Not only can you use the usual means of unlocking, such as pin codes or fingerprints, but your face also works. However, face unlock here is a bit slower than others and takes about a second or so to recognize your face. Not only that, it doesn’t work well if you’re in an area that is too dark. Lucky for you, the fingerprint reader on the rear is very snappy and quick.

When it comes to app usage, the Nokia 5.3 is no slouch. Most apps seem to open up quickly and there’s very little lag. Even most games seem to run well. I played a few matches of Call of Duty Mobile and it runs fairly well. It does drop a few frames here and there sometimes, but for the most part, it is very playable.

Movies also look pretty good on the large 6.5″ display with good color representation and brightness. What is not so great is the audio which only comes out of one speaker at the bottom. While the volume can go up high, it doesn’t sound great cranked up all the way. It sounds basically like a tin can. This might be okay for something casual you’re viewing or listening to, but you’re better off plugging in some headphones if you’re planning on watching a movie or listening to music.

Lastly, let’s talk about battery life here because that’s always something that comes up. I will say that the 4000mAh battery helps a lot. You can go a solid day with the Nokia 5.3 on a single charge. It all depends on what kind of apps or games you’re using. If you’re just using social media apps, you’ll have no issues really with battery life. Games however will chew through your battery, but that’s the case with every phone I’ve tested.

As an entry-level to mid-tier device, the Nokia 5.3 is actually very good and better than some of the other low-end phones I’ve tested in the past. This thing is fairly snappy for what it has. Not only that, this is a pure Android experience right here with no unnecessary junk installed. Android One also means you’ll be seeing consistent updates as well as the opportunity to update to Android 11.

From a design standpoint, the Nokia 5.3 is attractive and I like that this has a non-glass back. It just means it’s more durable and would probably be the perfect device for those who just don’t want to deal with a fragile device, such as children, young adults, and older adults.

The Nokia 5.3 is a nonnonsense smartphone that should please those who don’t want to spend a lot of money, but also wants something that’s dependable, fairly quick, and has decent cameras.