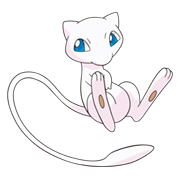 Can you believe that it’s been 10 years sine the original Pokemon Silver and Gold editions were first released on the Gameboy?  In celebration of this, Nintendo is offering a very special thank you for fans. Pokemon trainers can get Mew for free in Pokemon SoulSilver and HeartGold versions from October 15-30th via Wi-Fi Connection distribution.

This special edition Mew will be a level 5 Mew with one basic attack. Making this distribution especially exclusive, Mew comes inside a Cherish Ball and has a Premier Ribbon, both indicating that you got it via a special event.

Don’t miss your chance for owning one of the rarest Pokemon in the world.

BELLEVUE, Wash.—October 12, 2010—It has been 10 years since PokémonTM fans first visited the Johto region in the Pokémon Gold Version and Pokémon Silver Version video games. To commemorate this historic occasion, Pokémon Trainers can get the Rare Psychic-type Pokémon MewTM for the original titles’ remakes, Pokémon HeartGold Version or Pokémon SoulSilver Version, for the Nintendo DSTM family of systems via a Nintendo® Wi-Fi Connection distribution event October 15 through October 30, 2010.

At first, it was believed that there were only 150 Pokémon. As #151 in the National Pokédex, Mew was the original secret Pokémon, revealed for the Pokémon Red Version and Pokémon Blue Version video games. Over the past 12 years, Mew has very rarely been attainable, making this an extraordinary opportunity for Trainers across the nation.

The Mew character you will receive is a Level 5 and comes with one basic Normal-type attack, Pound, giving Pokémon Trainers the ability to raise and train Mew as they see fit. Making this distribution especially exclusive, Mew comes inside a Cherish Ball and has a Premier Ribbon, both indicating that you got it via a special event.

During the limited distribution period, players will need to receive Mew using the Mystery Gift option via the Nintendo® Wi-Fi Connection service and their existing wireless broadband Internet access, and will need to acquire the Pokédex in the game. Players must also have fewer than three Wonder Cards in their game.

This historic distribution event is only available for a limited time. For more information, players should visit www.pokemon.com.