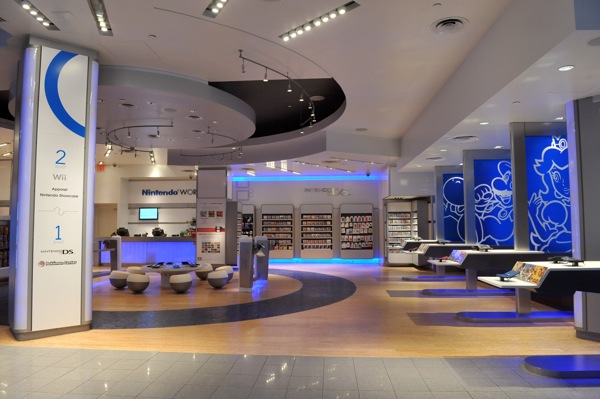 If you live in New York, you should probably head on over to Nintendo World on November 7th as this will be the grand re-opening of their flagship Nintendo store at New York’s famed Rockefeller Plaza. Nintendo has a series of activities planned for attendees and much of it revolves around Super Mario’s 25th anniversary. Attendees are encouraged to dress up as their favorite characters from Super Mario Bros.

What: Gamers of all ages can remember the first time they played Nintendo’s original Super Mario Bros.™ – one of the most loved, most played games in history. On Nov. 7, Nintendo of America is pulling out all the stops to celebrate the 25th anniversary of the series and mark the grand re-opening of Nintendo’s flagship Manhattan retail store, Nintendo® World. Fans of all ages are invited to gather at Nintendo World at New York’s famed Rockefeller Plaza for an unforgettable anniversary bash and a firsthand look at the store’s renovation. Attendees can enjoy hands-on game play with new and classic Super Mario Bros. games, a Super Mario Bros. cake, a fun photo booth and a video station where fans and consumers can record their favorite memories of Super Mario Bros. Fans are encouraged to dress up as their favorite Mushroom Kingdom characters and even pose for photos with Mario™ himself. The event is free and open to the public.

Who: Since the 1985 launch of the original Super Mario Bros. video game, Mario has become one of the world’s most widely recognized pop-culture icons. To date, 240 million units in the Super Mario Bros. franchise have been sold worldwide. In addition, players of every generation can enjoy characters inspired by Super Mario Bros. in games such as Super Mario Galaxy™ 2, which is currently available for the Wii™ console, and Mario vs. Donkey Kong™: Mini-Land Mayhem! for the Nintendo DS™ family of hand-held systems, which will launch on Nov. 14.

Who: Kids, teens, adults, video game fans and Mario fans of all kinds