I’m going to start off this review by saying that Today I Die again is not for everyone. In fact, for the majority or you, you might not even get this game or understand what the game is about. It took be a bit to understand it, but now that I do, I appreciate it a bit more.

Today I Die Again is based on a game by Daniel Benmergui entitled “Today I Die.” Originally a PC game, the game was about breaking through out own barriers and not giving up. You can play the original game here. Today I Die Again is roughly the same game, but with a few changes here and there, but the general ideas of the original game are still there.  You play as a girl who is drowning. You must somehow save her from a dark and lonely death.

On the graphics side of things, the game looks very retro, like something out of Sierra’s old King’s Quest games. The music in the game is the star of the game in my opinion. The music is composed by Hernan Rozenwasser and really gives the game that lonely, despaired feeling until you get to the end.

Today I Die Again really is a game that you must experience for yourself with no help from others, just you and the game. It’s also a game that is very much hard to explain in words. The thing is that once I explain it to you, it kind of loses the whole meaning of the game. Instead, what I will tell you is that Today I Die Again is a must try. Whether it be on iOS or the original game here, it’s something that should be played through at least once in order to understand the meaning of the game. The only other thing I can say about it is don’t give up and you’ll be rewarded.

Today I Die Again is available now for free in the App Store for a limited time. It is compatible with all devices running iOS 3.0 and higher. 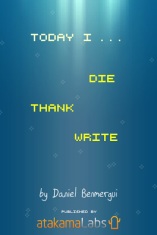 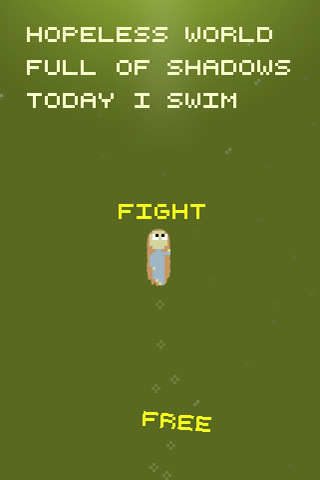 Today I Die Again is a game about breaking through our own prisons.

Jury Award winner of Indiecade 2009, IGF 2010 finalist, this iPhone version is a complete revisioning of the original “Today I Die”.