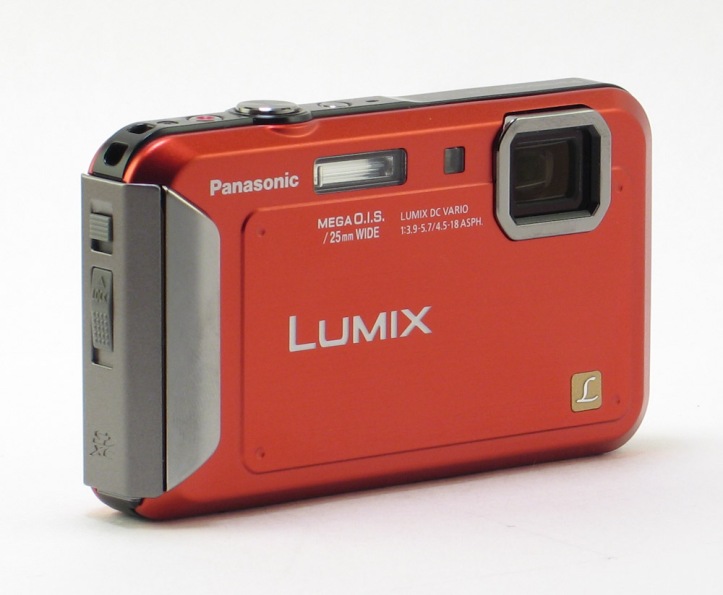 The Panasonic Lumix DSC-TS20 is one of Panasonic’s latest rugged cameras. It’s not the top of the line model however as it lacks features like GPS and a completely full rugged body. What we have here instead is a semi-rugged camera with svelte good looks, a slim portable body, and almost all the features of the top of the line model but at more than half the price. The Lumix DMC-TS20 is waterproof up to 16ft, shockproof up to 5ft, and freezeproof up to -10 degrees C. It also features a 16.1 megapixel sensor with Mega O.I.S. and can record movies in HD (720p).

I’ll be making comparisons to a couple other rugged cameras I’ve used, mainly the PENTAX Optio WG-2 and the FujiFilm FinePix XP170. Like the TS20, both these models are also new for 2012. Please note that all three of these cameras are not entirely at the same class as they all posses several features that differ from one another. 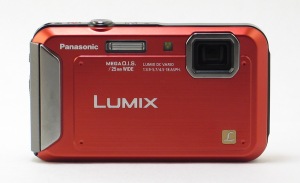 If you read the first part of the review on our hands-on preview of the Panasonic Lumix DMC-TS20 here, then you’ll already know my initial impressions of the body and build quality. Remember, that is just the initial impression out of the box and what my first reactions to it were. Now that I’ve had a bit more time to use it, I can comment on how everyday usage of it is like as well as the pros and cons of the design.

For starters, people with huge hands may find the camera a bit small to use. This was also a problem with the PENTAX due to it’s size. It has a small hand grip on the side which does help with handling and gives your front fingers something to grip on. For the most part, the camera can be used one-handed when shooting. Your index finger can easily reach the shutter release button and the movie record button and your thumb is in charge of the zoom buttons. Using the zoom buttons are a bit strange though because of how squishy feeling they are. To me, it was hard to tell sometimes if I was actually pressing the buttons or not as the buttons have no kind of resistance to them or click feel. To me they are too soft, but they do work and are pretty responsive.

It is a tough little camera though despite it not looking as rugged as the others I’ve seen. The all metal construction gives it a solid feel a well as some weight to it. It seems a bit heavier than the PENTAX camera while also being smaller. The buttons are also much easier to press as the PENTAX buttons were really stiff and you really had to push them down hard. Overall, a nicely built little camera with very familiar button placements a very comfortable once you get used to the smaller size. I will also say that the screen on the TS20 also seems less prone to scratches than on the PENTAX.

Unlike some of the other Lumix cameras I’ve used like DMC-G3 and DMC-GF3, the TS20 does not have a touch screen. That means you will need to go through the in camera menus to adjust settings and choose shooting modes. It is not difficult however to go through the menu as I’ve found that most Lumix cameras share the same user interface and it’s very easy to use for the most part. Since the TS20 doesn’t have a touch screen, you’ll be using the buttons a lot. Press the MODE button to select a record mode. For full auto, use the iAuto setting. This allows the camera to control every aspect of your shot including which scene mode to use. Most people who don’t want to worry about anything will use this mode. If you want a bit more control of the individual settings, put it in NORMAL PICTURE mode and you’ll be able to adjust ISO, white balance, and AF focusing mode. On top of this, there are also a variety of different scene modes you can manually choose from if you know you’ll be taking photos in specific situations. I did find one thing strange though about the mode menu and that was the fact that the camera only includes 1 special effects filter, MINIATURE MODE. I know this is a popular picture effect and it’s nice that they included it, but it would have been nice if they included some more as well. You can however choose the usual color modes – vivid, B&W, and sepia.

Like all Lumix cameras, there is the handy Q.Menu button which brings up a quick menu of readily available settings to change that you can easily scroll through. This makes it quicker to adjust certain settings than having to dig through the main menu.

Other than that, it’s a very straight forward camera with easy to navigate menus that are clear and easy to understand. Again, like most Pansonic Lumix cameras, the TS20 is a breeze to use and you should have no problem jumping right in and shooting with it.

These are all unedited images and take straight off the camera. The only editing that was done was a resize of the images for posting purposes.

I’m not really going to go into depth this time around with these sample images as for the most part, I wasn’t really too impressed with what I saw. That’s not saying that some of the images didn’t turn out really good. What that means is that for a point-and-shoot camera, the images are pretty average and about what you would expect from a small sensored camera. 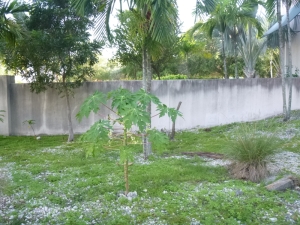 In daylight, images are clear and relatively noise free though it does suffer from some purpling at the edges where it’s really bright. Color rendering however is pretty good though and macro mode is decent. The minimum distance for macro shots is roughly around 5-6 inches. Quality of the images drops off quite a bit once you get indoors or into a situation with very low light. Images start getting really noisy at this point but it’s not anything I wasn’t expecting with a camera like this which is fine because in all honesty, this isn’t the type of camera I would be using indoors anyways. This is the type of camera you use outdoors for fun because it can stand up to the abuses of play. This isn’t something you use to take pro quality family portraits with. 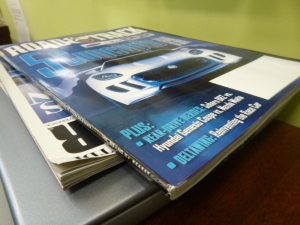 With that said, the #1 feature of this camera isn’t it’s image quality or robust shooting modes. It’s #1 feature is really in what it can be used for and its ability to stand up to quite a bit of abuse and its usefulness in situations where a camera phone, DSLR, or regular old point-and-shoot just can’t go.

For those looking for an affordable rugged camera, the Panasonic Lumix DMC-TS20 fits the bill. Price wise, it’s cheaper than the other rugged cameras I’ve looked at but it’s also because it lacks a few of the more advanced features like no GPS or full HD video recording. What you do get however is a fun camera that you can take to the beach, pool, or anywhere outdoors and not have to worry about it getting wet or dropped because it will survive those conditions admirably. As you know, water is one of the camera’s worst enemies and having a little rugged camera that you can carry around to places like that really comes in handy. If you have children, this is especially handy as you know they can cause all kinds of mayhem when it comes to your gadgets. This camera was built to withstand their destruction.

Now, I may have noted that I wasn’t always satisfied with the image quality on the little TS20 but I’d like to point out for the record that I’ve been spoiled with mirrorless system type cameras such as the Sony NEX-5N and other micro four thirds cameras and these have much larger image sensors than those in a point-and-shoot compact camera. Sure I wasn’t quite impressed with indoor quality, but then again, if I were trying to take professional quality images, I wouldn’t be using the TS20. I believe that cameras like this should never really be used as your main shooter. This is a great secondary camera that you would use for certain situations that require a camera like this – for instance, the beach. I would never take an expensive camera to the beach if it were not for a professional shoot because I could never risk having something happen to it. That is why little rugged cameras like this will always have a place in my bag because they make excellent secondary cameras that you can throw around and not have to worry about them being damaged.

Again, those with kids, I definitely recommend getting a camera like this, whether it be this one or one like it, rugged cams do come in handy and make for wonderful secondary cameras. 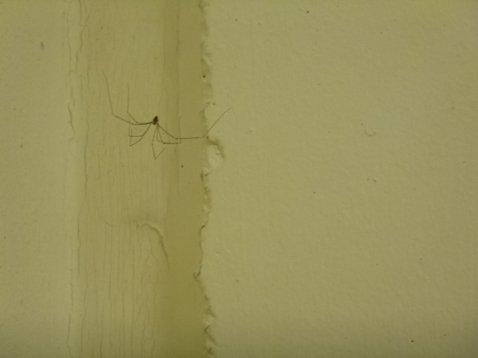 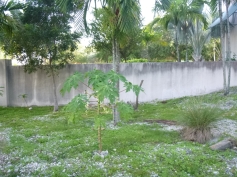 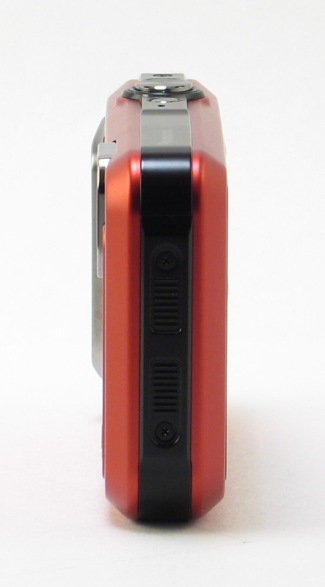 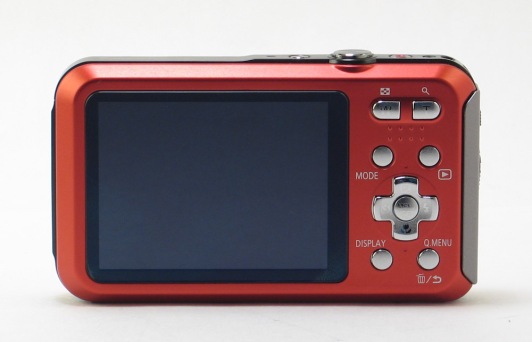