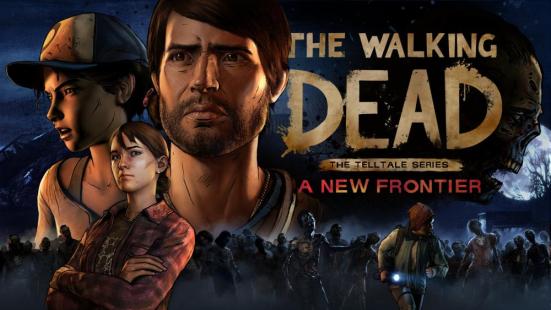 The Walking Dead is one of those series you really love or really hate. I know the television series is quite popular and while a game based on those characters would be great, I’m really glad that The Walking Dead series of games follows completely different ones. Since the beginning, the game series has followed Clementine, the heroine and The Walking Dead: A New Frontier is no different. However, in the first episode of the series, it doesn’t seem that way at first. Instead, you are following around an ex-baseball player named Javier whose been left to keep safe his nephew, niece, and dead brother’s wife. It’s a nice change of pace and I really like being introduced to new characters.

The game itself is typical Telltale style and features gorgeous visuals, really good voice overs, and a really deep, engaging story line. The game is also quite challenging, but not in the traditional sense. Instead, the challenge comes from the difficult choices you have to make and that can really play havoc with your soul. Not only that, there are some really emotional scenes to watch that can cause you to just stop and take a step back to recompose yourself.

I won’t spoil too much of the game, but the below video is just a 40 minute taste of what to expect. There’s just enough here to make you interested, but not enough where it’ll spoil much in terms of story. After all, this is just part of chapter 1.

Overall, I’ll say I’m hooked and can’t wait to finish up the other chapters as they become available.