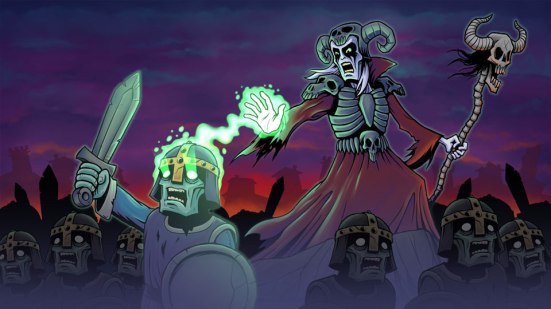 The devs at 10tons must never sleep because it seems like every few months, they’re announcing a new game or bringing some older games to new consoles. Hot off the heals of their most recent game, Tesla vs Lovecraft, they’re already announcing their latest game, Undead Horde.

In Undead Horde the player assumes the role of a necromancer on a quest to eradicate the living from the ancestral lands of the undead. The player must roam a fantasy kingdom, kill the living, and raise them as his undead minions. Gradually the player grows in power and is able to take on ever more powerful forces. The player can also find and use an unlimited amount of procedurally generated weapons and magical items to modify the capabilities of the necromancer, and the horde, as preferred.

Undead Horde is scheduled to release later this year on STEAM and then shortly after on PS4, Xbox One, and Nintendo Switch.