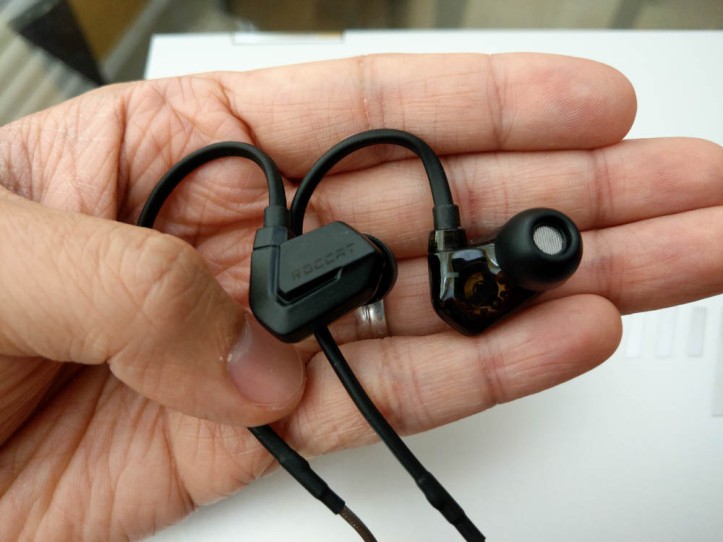 When you think gaming headset, most people think of large, over the ear or on ear headsets. This is usually the case due to the fact that they are very comfortable to wear and provide great, immersive sounds. This is also because they can passively block out any unwanted outside sounds that might otherwise be a detraction while you’re playing. What most people don’t think of are in-ear gaming headsets because they’re just not as common. The fact is though, in-ear units can be just as comfortable and provide just as much immersion, just in a much smaller, more portable size. Take for instance the ROCCAT Score. While being diminutive in size, they produce the same powerful sounds as their much larger counterparts.

Let’s start off with style. The ROCCAT Score is a little larger than most in-ear headsets due to the larger base, but that’s most likely to accommodate the dual drivers. Most smaller in-ear headsets you can just shove in your ear and they stay put. Since these are a bit larger, they’ve included adjustable ear hooks. This not only helps with keeping them in place but also help with comfort. Also because of the hooks, it makes it harder to accidentally yank them out during fierce gaming sessions. To further the comfort levels, there are also multiple ear tip sizes included as well as ones made out of memory foam. Lastly, on the cable side of things, there is a built in omni-directional Real-Voice mic and mute button. The button can also be used to play, pause, and skip music. At the end of the cable sits your standard 3.5mm audio jack. Included however is a PC adapter that splits the end into an audio and mic jack. What this means is that the ROCCAT Score works pretty much any type of setup, which is a huge plus in my book. 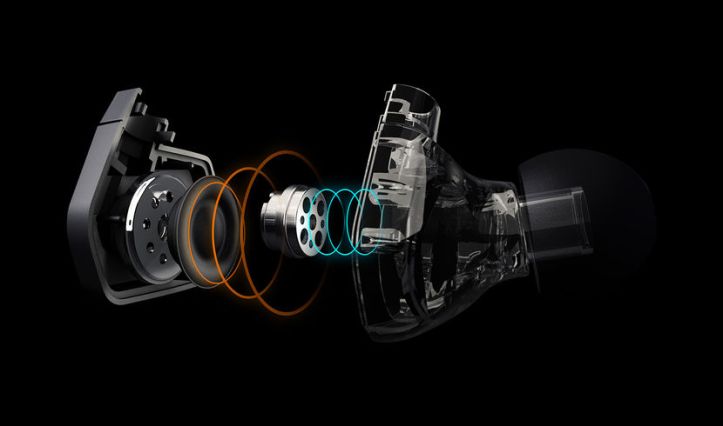 Now for the “boring” stuff – specs. The ROCCAT Score is a bit unique among in-ear gaming headsets in that it has two drivers in each side. It has an extra-large 10mm driver which provides the bass while a smaller 6.8mm driver is for precise mids and highs. Both drivers are made of high-grade neodymium magnets. Most of this probably means nothing to you unless you’re an audiophile or a spec geek. Instead what you’re probably interested in knowing is how all this translates into actual real world usage. I can report that these sound pretty darn good. Whether you’re using them on your mobile phone, game console, or PC, the ROCCAT Score provides exceptional sound on all fronts. Usually with in-ear headphones, I find that the mids and highs are usually really good, and that’s the same with these. Very crisp and clear mids and highs. It’s the bass that’s usually lacking with in-ear units and that doesn’t seem to be the case here. While not as deep or thumping as larger headsets, the ROCCAT Score is pretty good for an in-ear unit. The bass is very acceptable here.

Overall, I’d say those that are looking for a really good pair of in-ear headphones should take a look at the ROCCAT Score. There aren’t really that many  in-ear headsets being sold out there as gaming headsets and these are great for those who don’t want the bulk of traditional gaming headsets but still want something that is super comfortable and sound great.