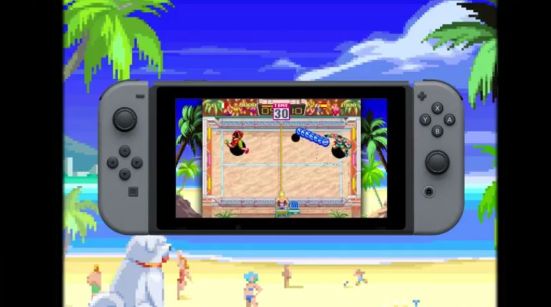 Publisher and developer Dotemu today announced that the NEOGEO classic, Windjammers is now available on the Nintendo Switch.

A cult classic sport among arcade and NEOGEO fans, Windjammers’ courts host battles of reflexes and strategy between two players as they fling discs toward their opponent’s goal while defending their own. Windjammers’ easy-to-pick-up mechanics quickly introduce substantial depth, rewarding both newcomers and veteran players who learn advanced levels of play with fast-paced, exhilarating matches.

Windjammers is available now on the Nintendo Switch via the eShop for $14.99.