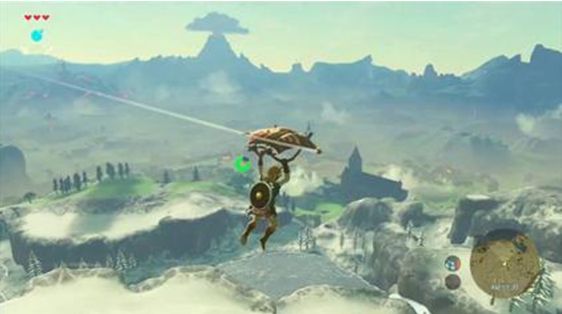 Everyone has a favorite type of video game. Some people love fighting games or sports games; others like platformers or first-person shooters; some are partial to RPGs, and so on across all major genres. But even as popular as these genres and the endless varieties of games within them are today, there are still plenty of different changes that could be implemented to make them better. So that’s exactly what we’re going to look at today: concepts that would make our favorite gaming genres even better.

Open world games, for quite some time now, have been single player only. After all, the intention with many of them is to provide a single person with an adventure through a massive, sprawling land. But why not allow players to explore those worlds together? Imagine exploring the enormous expanses of Skyrim with a friend, enjoying its countless quests and dungeons together. Or imagine if Breath of the Wild, gave a second player control of Zelda herself to join in the activity? Thankfully modders are hard at work on the former, but if the past is any indication, the latter will likely be stuck as a single-player game forever. It’s a shame that so few open world titles embrace multiplayer gameplay, and that the few that do, like GTA5 and Red Dead Redemption 2, prevent the story from being played cooperatively, severely limiting the fun.

The lines between real sports and sports gaming have been blurring in a fairly satisfying manner for years now. At this point, most high-end sports games (and sometimes even their mobile counterparts) have full rosters of real players, accurate league structures and tournaments, realistic player progression, and uniforms, player graphics, and stadiums that look just like the real things. Playing a sports game now really is, on some level, a simulation of being a pro athlete. The one part of the sports world these games are missing, though, is the massive betting industry attached to it. Said industry is new to the U.S., in a legal sense at least, but now sportsbooks online present betting options for all sorts of sports and events, on a daily basis. There’s just no hint of this in most sports games, and if there were it might make things that much more realistic. Imagine being able to earn useful in-game currency by placing bets on simulated action. Or for that matter, imagine if games actually partnered with online sportsbooks so that players’ sports-related gaming activity could all be in one place!

Tactics gamers have all been here before: You make a move to defeat an enemy, certain that your unit is out of harm’s way. But then, suddenly, your opponent has your character surrounded and defeated, and just like that you’re down a unit. If you could only undo your previous move, you could think of a more strategic one, and progress with the game as you’d originally expected to! While normally this sort of idea would seem like cheating or gaming the system, this problem comes up so often in tactics games that the occasional exception to this line of thinking is warranted. If a bad move were just a bad move, it would be one thing – but in these games, a simple, careless mistake can ruin the fun entirely, which is why we’d at least like to see the option of an “undo” function in some such games.

This, too, will be a familiar problem to gamers who frequent this genre. You get to a new area or boss in your RPG only to find that the difficulty spikes suddenly. The boss is far beyond your capabilities to defeat, and you’re effectively slaughtered as soon as you make an attempt to battle. So, what do you do? Well, for most seasoned RPG gamers, the answer is simple: you grind. This means beating up on weaker enemies, leveling up, retrying the boss, and continuing the cycle until you can win. It’s known as a very tedious process (to the point that South Park basically has a whole episode mocking it), and it’s something few gamers really enjoy doing for long. So why not plug an auto-grind option into RPG games to solve the problem? Imagine if you could leave your game running, go do whatever else you may need or want to do, and just let the characters go on autopilot? Sure, some gaming or RPG purists might think of this as too much of a shortcut, but that’s why it would be an option, and not simply the way things are done. Those who don’t want it would be able to ignore it; for those who do want it, the whole genre of RPG gaming would immediately become more accessible.

And there you have it – some of our favorite genres, and our suggestions for how to improve them. As much as the world of gaming is constantly evolving, there’s actually some hope that some of these changes will come to pass in time. We’ll just have to wait and see which ones!