Bridge Constructor Portal started life out as a mobile game. It was an amazing mobile game that mashed together the fun and creativity of bridge constructing with the quirkiness of the Portal series. While it was pretty good, my fingers would sometimes get in the way of accuracy. That was solved with the arrival of the console and PC version which allowed you to use a controller or a mouse and keyboard. This made things a bit more accurate. Now we have the Nintendo Switch version which is the best of both worlds and I’ll explain why below.

Note that Bridge Constructor Portal for the Nintendo Switch has been out since earlier this year, but is back in limelight because of the new Portal Proficiency DLC which we’ll have a full review for soon. In the meantime, this is a review for the base game.

This version of Bridge Constructor Portal has the benefit of being able to be played with both a touch screen and controller. The Nintendo Switch makes this possible while also keeping the game portable. That already makes this the best version of the game in my opinion.

For those who don’t know why this version of Bridge Constructor is so special, it’s because of its Portal connection. Everyone’s favorite AI, GLaDOS – voiced by Ellen McLain, the original voice of GLaDOS is back. Not only that, this game looks, sounds, and feels like a Portal game.

For starters, this game looks very good. Because it’s a Bridge Constructor game, much of the game is viewed from a side perspective with an overall view of the entire level. You can zoom in for more accurate placement of your building materials and zoom back out to view your whole masterpiece. You’ll want to do that too because the levels are pretty well made. They have the look and feel of the Aperture Science Enrichment Center like in the Portal games and the iconic portals are even there.

If you’ve played the original Portal games, then you know just how challenging they were. Bridge Constructor Portal is no different. Like the original games, the first few levels are pretty easy and are mostly there to get you up to speed by teaching you how to play. The difficulty only gets harder from there with more intricately designed puzzles that will require you to really get creative with some of these bridges.

There really isn’t a right way to solve each puzzle. Sure there might be a recommended way, but you can literally build whatever you want just as long as your little vehicles make it to the exit. And that’s what I really love about Bridge Constructor Portal. Sure I love the fact that this is a Portal product featuring GLaDOS and the Weighted Companion Cube, but what really keeps me coming back is the openness. I love that you can solve each level your own way and the way you solve it most likely won’t be exactly the same way someone else solves it. 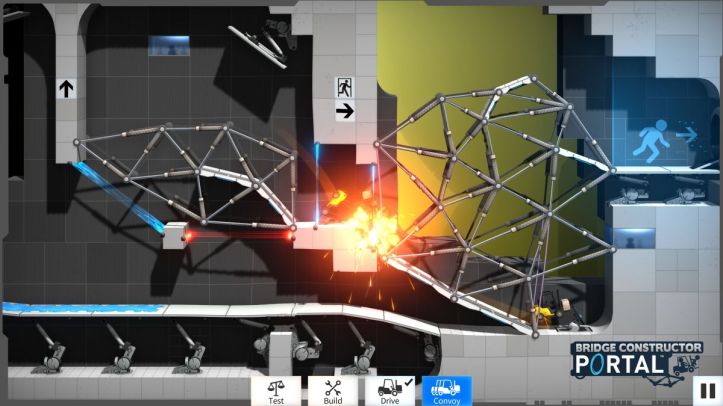 Now on what I was saying earlier about the Nintendo Switch version being the best one and that mainly has to do with the nature of the Switch itself. You can play the game at home on a big TV or take it on the go and continue where you left off. Bridge Constructor Portal lends itself well to both casual gamers and the hard core as you can play a little here and a little there when time permits, or sit through long gaming sessions with it. And with the Switch version, you can choose to either use the controllers or play via touch screen. 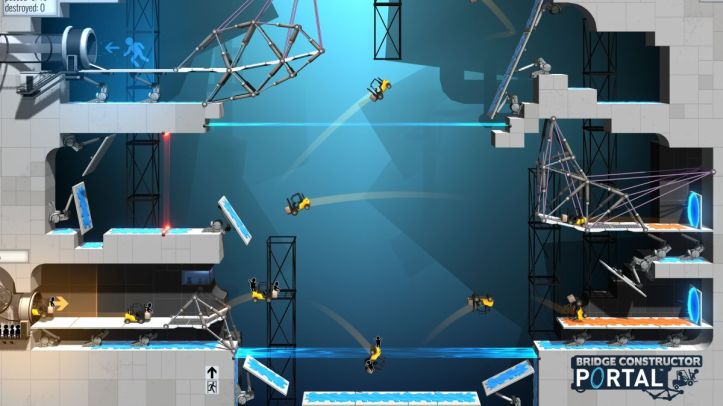 With that said, if you love the physics of Bridge Constructor and also love Portal, you’ll surely want to check out Bridge Constructor Portal on the Nintendo Swtich. It’s challenging, humorous (thanks to GLaDOS), and fun. There are about 60 levels to complete as well as an all new DLC – Portal Proficiency which adds more levels and new gameplay mechanics. This is a game that has great replay value that I’m positive will become on of your favorites.