GORSD is Available Now on Console and PC | Trailer 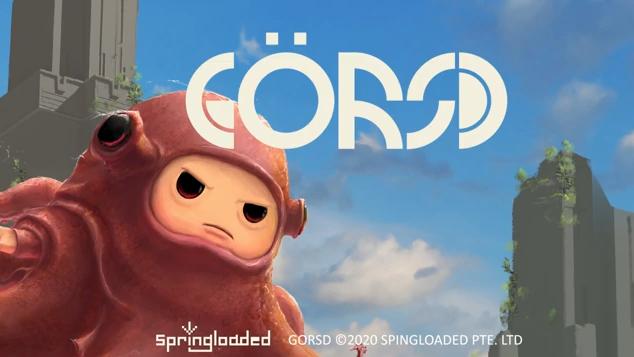 Springloaded Software today announced today that their arena battle game, GORSD is available now on all platforms. GORSD has both a single-player adventure mode and a local multiplayer couch battle mode. The objective of the game is to dominate the map and defeat your enemies with just one bullet.

Born from within a Womb-Eye and with no idea where you are or why you exist, you play as a human encased in an octopus bio-mech-costume. With an ability to run unbelievably fast, and an ability to fire and control a singular projectile – it is up to you to try and discover the secrets of this world, and fight your way to freedom.

The GORSD are a collective of beings, revered as Gods, but their intentions are not always clear. Some have coined the term “Grid Of Ridiculous Sudden Death” as a reaction to the horrific death-battles that take place inside their realm.

In the adventure mode, explore a dark temple and overcome the challenges set by your creator “Ludum Properamus”. Only after a great struggle will you earn the ultimate reward, and be crowned the “Champion of the GORSD”, and all that comes with it.

Along with single player, the game features a rich multiplayer mode, made up of 8 game modes, ranging from standards like “Death Match” & “Domination” to exclusive modes like “Hunter” & “Bullet Paint”. The game is set across more than 80 unique maps, 78 of which are playable in multiplayer.

GORSD is available now on Nintendo Switch, PlayStation 4, Xbox One, and PC.