I’m not going to pretend that I know anything about the Phantom Breaker franchise. I don’t. All I know is that the original game was a 2D fighting game developed by 5pb back in 2011 but I don’t think it was ever released here in North America. Not knowing anything about the franchise did not keep me from enjoying the spin off of that game called Phantom Breaker: Battlegrounds which was just recently released on the PS Vita. I’ll also be taking a look at the Kurisu DLC Pack which was released at the same time as the game. Phantom Breaker: Battlegrounds is a retro looking, side-scrolling beat ’em up that harkens back to the days of such games like Double Dragon and Final Fight.

I’m not entirely clear what is going on in this game as I’m also a bit unclear about the back story behind all the characters. What I do know is this. The story seems to follow the adventures of Mikoto, Waka, Itsuki and Yuzuha and their quest to rescue a young girl named Nagi. Nagi was kidnapped by a mysterious man known as Phantom who plots to regain his sealed powers. Phantom does this by giving special weaponry called Fu-mantion Artifacts to youths with special abilities. Because of such weaponry, a rift between this world and another occurred causing the seal to break.

For the most part, Phantom Breaker: Battlegrounds plays like an old school beat’em up. What that means is that there is a lot of button mashing involved. There are weak, medium, and strong attacks, and like any good fighting game, a special attack move as well that can be activated when the specials meter fills up. So far playing it, I don’t really see any type of complicated moves you really have to learn. Most just require a direction and a button press or a combination of two buttons at the same time. There’s no tutorial type level to learn the moves on as you are basically thrown right into the game and straight into the action but you can bring up the help menu that has a guide on how to play and perform all the moves.

If you play through the story mode, you’ll go through a series of battles and locations. Each will have some kind of narrative that will push the story along. If you play as any of the 4 main characters, the story is relatively the same. As you progress through the game, you will be able to level up each character with increased stats stronger moves. You will gain more experience if you play the game on a harder game setting.

There are two modes of play if you play through single player, story mode and arcade mode. Story mode has you going through the entire story element of the game with any one character. In arcade mode, you basically keep playing until you die and see how high your score is. Each mode lets you still gain experience and level up the stats on your character.

I really like the look of Phantom Breaker: Battlegrounds. It sort of has that old school original PS1 style graphics so it’s not as retro as it might first appear. There’s actually a fair amount of 3D elements in the game though many of the main playable elements look sprite based. In fact, it looks like all the levels are entirely done in 3D with a cell shaded style look to them. The characters have that super deformed look that you would normally associate with Japanese developed games. They are however very well designed and feature a good variety of movements and actions. 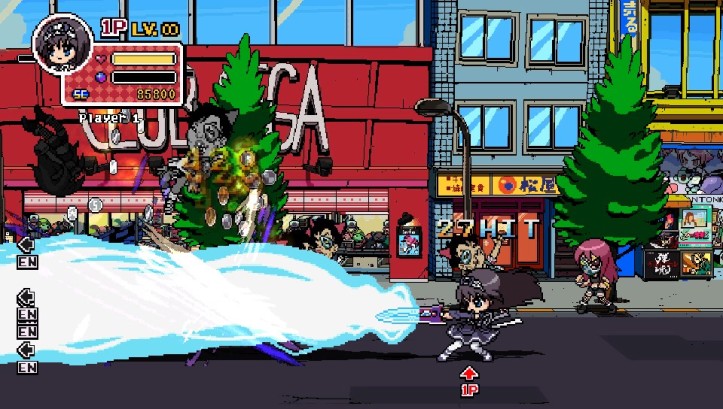 All of these elements combine to form a great looking game. There’s not much to dislike when it comes to the graphics. I just really like them as they do have a very Japanese, anime style to them which I enjoy here, especially with the whole theme and character designs. It works very well here.

As for the audio, the game is jam packed with original music and sound effects. Again, much of it is very “Japanese” sounding and adds to the overall theme of the game.

The Kuriso DLC Pack is currently the only DLC pack available for Phantom Breaker: Battlegrounds. This DLC pack allows you to use Kuriso, from the game Stein’s gate, as a playable character in Arcade, Co-op- and Battleground mode. You can also use her in story mode, but none of the story appears while you play. The DLC pack also raises the max level cap of all characters to 99. It’s not necessary to get the DLC pack to enjoy the game though.

I really like Phantom Breaker: Battlegrounds. Despite not knowing anything about the franchise at all, I’m having a lot of fun playing this. It’s definitely an action packed game filled to the brim with nonstop excitement. Classic beat’em up fans will really enjoy the game as the gameplay harkens back to the good old 8-bit and 16-bit eras when games like this were very popular. The game works very well on the PS Vita but doesn’t make use of any of the Vita’s special hardware. You basically just use the directional pad, action buttons, and shoulder buttons.

The simplified control scheme however makes for a more enjoyable experience a you’re not fighting with the controls or trying to remember what does what, especially for a game that throws tons of action in your face. Overall, Phantom Breaker: Battlegrounds is a very good game for those who desire a lot of action. 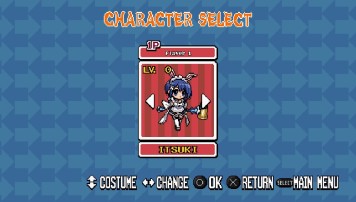 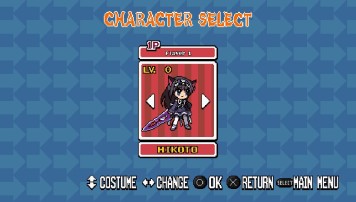 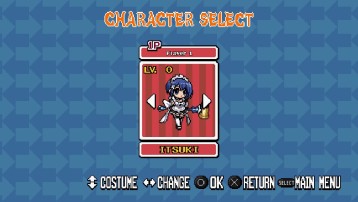 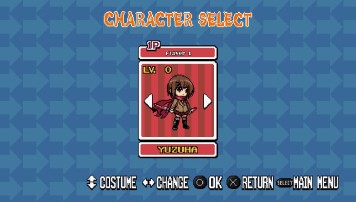 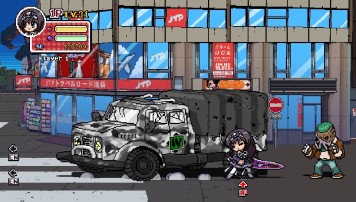 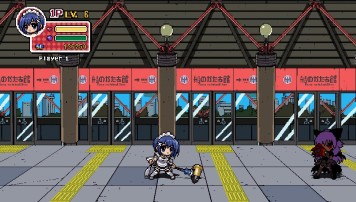 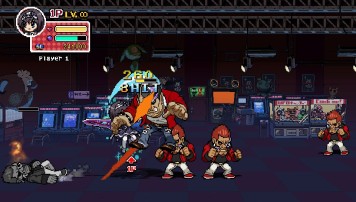 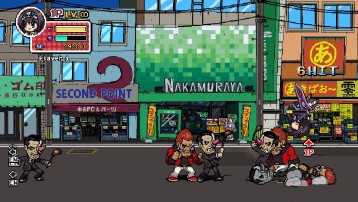 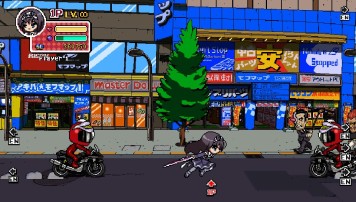