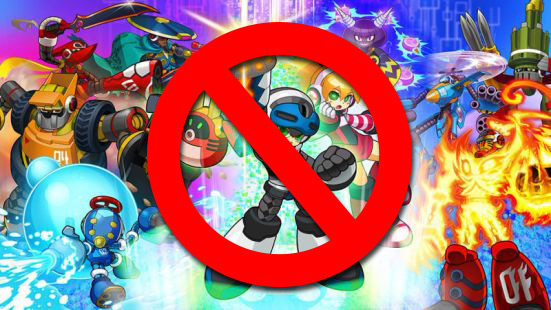 By now, you’ve probably read or experienced just how bad Mighty No. 9 seems to be. While it was an ambitious project and one that people wanted to see succeed, the end product just wasn’t very good. While there is a minority that really did enjoy the game, the majority has spoken and have labeled it a dud. However, don’t let your experiences with Mighty No. 9 turn you away from indie games because there are literally tons and tons of indie games out there that are much, much better than Mighty No. 9 and deserve your hard earned money and attention.

Below are the 5 more recent indie games that deserve a look. If you got other suggestions for alternative games, I’d sure love to hear about them in the comments below. Thanks.

Prison Architect – Prison Architect is a game in which you are tasked with building and maintaining a successful prison. There is a campaign mode that consists of 5 story related missions that will also act as a tutorial to the rest of the game. The core game itself is akin to something like Sim City where you can build any type of prison you want and run it any which way you’d like. Just make sure it’s a successful prison that is managed well and can bring in the money for more upgrades. You can read more about the game here.

Neon Chrome – Neon Chrome is a fast-paced, twin-stick shooter with rogue-like elements. I know that sounds like a mouthful, but Neon Chrome is totally fun both solo and as a multiplayer game. You’re only given one life to make it 29-levels to the end of the game. While that might sound incredibly difficult to pull off, 10tons made it a bit easier for casual players while still keeping the challenge for more hardcore players. The levels in Neon Chrome are also procedurally generated so every time you play a new game, it’s never really the same experience. My full review of the game is here.

I haven’t posted a full review of Heart&Slash yet, but what I’ve played of it so far has been really fun. Heart&Slash is mainly just a straight up, hack and slash games with tons of action and explosions. The gameplay is really face paced and thanks to the procedurally generated levels, the game is never really the same each time you start a new game. There is a story involved, but I haven’t gotten too deep into the game yet to really know much more of what its about. Despite this, I’ve already had more fun with this game than I had with Mighty No. 9.

SteamWorld Heist – SteamWorld Heist is one of the nest indie games I’ve played this year. It’s been out for a while on Nintendo platforms but finally made its way to PS4 and PS Vita in June. SteamWorld Heist is a is turn-based strategy game featuring robots, epic battles, and explosions. This is a serious strategy game that will take lots of thinking and planning to come out on top. Not only that, it’s got a ton of awesome loot based hats to collect! Read my full review here.

UnEpic – UnEpic is in actuality a rather epic RPG. UnEpic is a side-scrolling platformer RPG that has much in common with old school RPG games as well as dungeon crawlers and platformers, all developed by one, solitary dude. UnEpic tells the tale of Daniel, a normal guy who likes video games and Dungeons and Dragons, who gets transported to a sinister castle when the bathroom light gives out during his D&D pee break. Players must help Daniel navigate the more than 200 rooms of Harnakon’s Castle, each filled with their own monsters and interactive characters. This is a seriously deep RPG with a rather fun and humorous story line. You can check out my full review here.