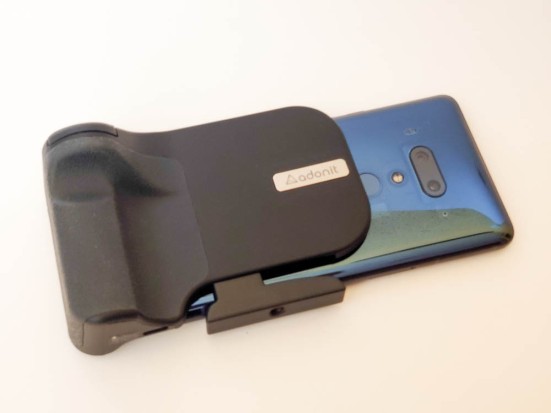 Before the advent of smartphones, how many of you carried around a point-and-shoot camera? I’m sure many of you did because back then, the cameras on most phones were just terrible with horrible image quality and laughable resolutions. This isn’t the case now with most smartphone cameras and I want to say most of the population are happy using these over traditional cameras now. I can say I’m guilty of this and unless I’m trying to take professional photos, I’ll default to my smartphone. The only problem with this is that holding a smartphone can be awkward.

Adonit’s new PhotoGrip Qi tries to solve this issue by adding a full sized camera grip to your smartphone. This is said to make the experience of photography more enjoyable and authentic on your smartphone. 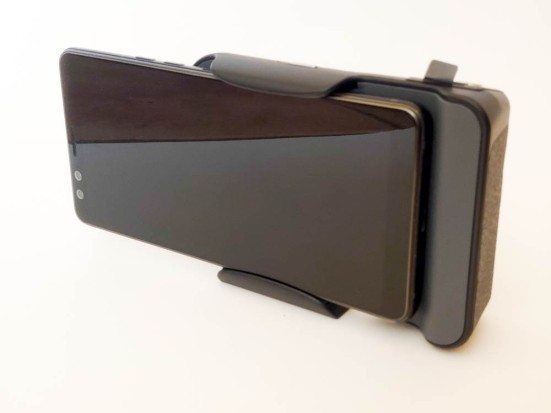 How you use the PhotoGrip Qi is you first need to slide your phone into the adjustable holder. This one works pretty well as the holder is long providing more contact area for grip and there’s a lip on the front portion that keeps the phone from sliding forward. The downside to this is that it won’t work on a lot of phones with big bulky cases, so you’ll need to take those off first. Secondly, you’ll need to pair the remote unit to your phone via Bluetooth. It’s a simple process and only takes a few seconds. Once that’s done, you’re pretty much set to go. 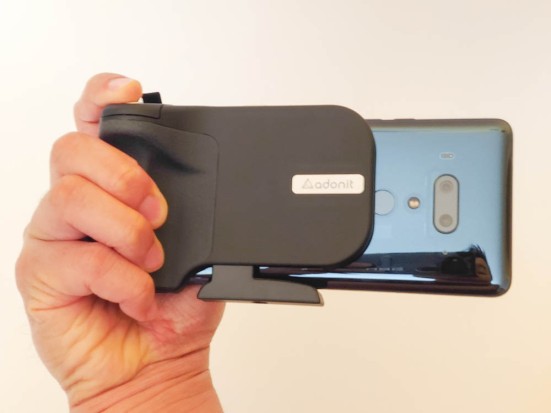 When in use, your smartphone plus the PhotoGrip Qi really does feel like you’re using a more traditional camera. It feels good in your hands and you don’t have to hold your phone all crazy like. What I also like is the fact that you can mount the PhotoGrip Qi on a tripod and if you need to take a shot of yourself, you can detach the little remote unit from the PhotoGrip Qi and snap photos of yourself like that.

You would think that that’s all the Adonit PhotoGrip Qi does or should do, but it isn’t. On top of that, the unit acts as a portable wireless charger. That’s right, when the unit is placed in the PhotoGrip Qi , a tap of a button can enable wireless charging using the built in rechargeable battery. What’s neat here too is that if you’re not using the PhotoGrip Qi as a camera grip, you can actually stand it up on its side and it becomes a charging dock, in either landscape or portrait mode. 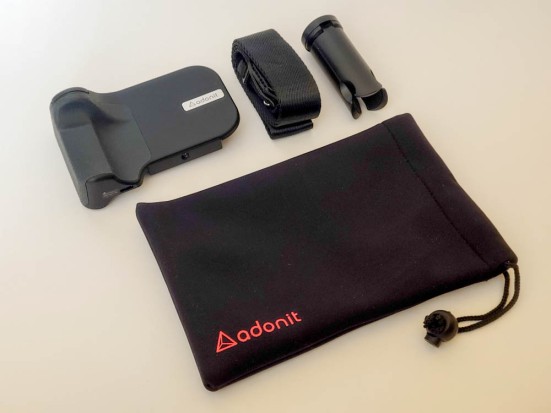 As you can see, the Adonit PhotoGrip Qi makes a great addition to any smartphone. It does make photo taking so much more comfortable and natural. In addition to that, with the bonus travel pack, you get a nice little tripod, a carrying case, and a neck strap. The only downside I can see is that you do have to carry it around with you if you want to use it and it’s not quite as convenient as just whipping out your smartphone. However if you know you are going to be taking a lot of photos one day, I would just leave it on all day.

So if you want to take mobile photography to the next level, you’re going to want to pick yourself up an Adonit PhotoGrip Qi. 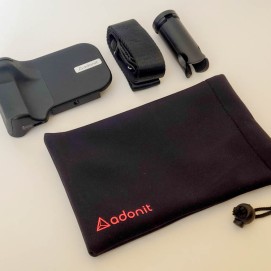 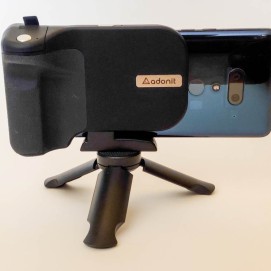 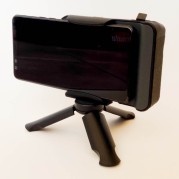 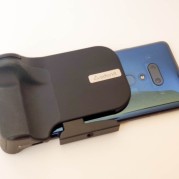 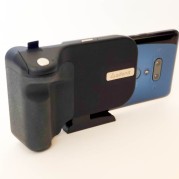 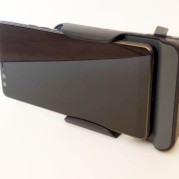 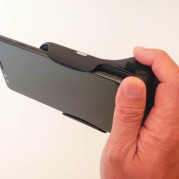 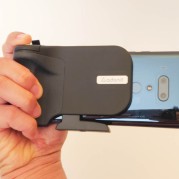