Based on my Instagram feed, it’s been a little over one week since I received the new HTC 10. That means it’s time to give my one week impression of HTC’s latest flagship device that replaces the underwhelming HTC One M9. While the HTC One series was quite good, sales just seemed to fizzle once the One M9 came around and instead of continuing on that downward trend, HTC decided to revamp their flagship with the latest hardware specs and a name change. No longer with the “One” moniker, this new phone is simply just called the HTC 10.

The HTC 10 is an evolution of past HTC One designs, but it also signifies some big changes. One of the past complaints with the HTC One design was that it hadn’t changed much from the One M7 to the M9. These devices were pretty much identical to each other with just very minor changes to the look. The HTC 10 however looks completely different though does have recognizable design elements.

This time around, the HTC’s flagship features a full unibody construction with a body made of pure aluminum. The biggest thing you’ll notice about it is the distinctive 3.3mm chamfer that runs around the outer edge of the body. While the body features a matte finish, the chamfer features a satin finish that adds a bit of shine to the body.  It’s a rather pleasant looking design that has no sharp edges, making it very comfortable to hold in your hand. The chamfer also gives the HTC 10 an appearance of thinness along the edges that helps hide the thickness along the center of the phone.

Other changes to the body is the new ribbed power button that makes it easier to identify with a touch. This was seen on the more recent HTC A9 and does help differentiate this button from the volume rocker. Other changes is the speaker down at the bottom (more on this later) and the inclusion of a USB-C charge/sync port now. What is missing now is the IR Blaster that used to be featured on previous HTC One phones. This is now gone which is kind of a bummer for me as I used to really like this feature. There weren’t many phones that had it and now there are even less.

What remains the same though are still two antenna bands running along the backside of the device as well as the the antenna strip up top. This is a carry over from previous HTC designs.

Overall, the HTC 10 is one elegant looking smartphone. It has the look and feel of a flagship device and is one of the best looking smartphones HTC has designed in a while. While I did enjoy the look of the more recent HTC A9, it was a bit too much like an iPhone 6/6s. The HTC 10 is much better looking looking while keeping many of the same elements I enjoyed with the A9. 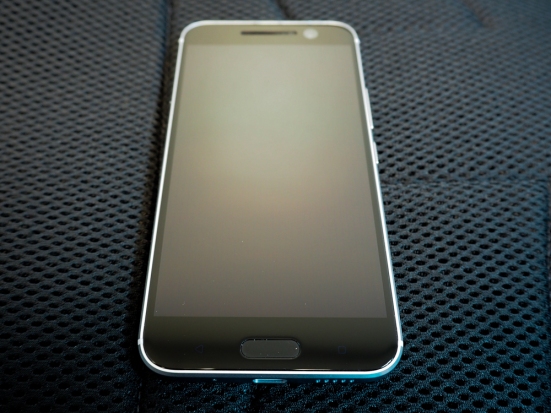 Look at that Screen

The face of the HTC 10 also sees a huge design change from previous devices. Gone is the screen bordered by two pieces of metal. The screen is now a one-piece unit that stretches all the way to the edges. The screen now starts where the metal body ends giving it a much more elegant look. Not only that, the HTC branding that used to sit up front is also gone which a lot of people hated.

Previous HTC One devices lacked buttons up front. Not so with the HTC 10. The HTC 10 now features a fingerprint sensor at the bottom of the screen that also acts as a home button. Not only that, the HTC 10 now also features capacitive buttons hidden in the bezel so you no longer need the software buttons that used to take up space on the older HTC phones. This makes the usable space on the screen much bigger and is a welcome change.

The new screen design makes for a much cleaner looking face while also adding more functionality in the process. 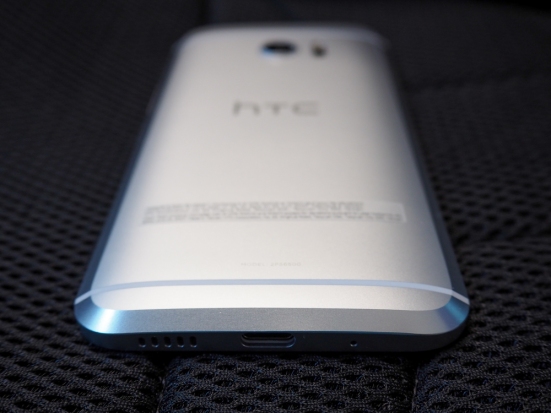 HTC’s iconic BoomSound was an amazing feature when you consider how bad many smartphone speakers were at the time. Many HTC devices features two front facing stereo speakers which made them quite unique. Having speakers that faced you meant that music, videos, and games you played sounded that much better than on devices that had speakers on the back or bottom of the device.

With the HTC 10, those two front facing speakers aren’t there anymore, but that doesn’t mean BoomSound is gone. That just means HTC found another way to incorporate it into the design. HTC’s BoomSound is no longer two stereo speakers. Instead, HTC’s new BoomSound Hi-Fi consists of two speakers, one speaker is a tweeter while the other speaker is a woofer. Both are powered by their own individual amps. The tweeter is the one where the “ear” speaker is while the woofer is down at the bottom next to the USB-C port.

While I was initially sad to see the two front stereo speakers go, this new setup works quite well. You still get that stereo effect from both speakers but you can tell that one plays the highs while the other is for mids and lows. As far as volume goes, you can crank the volume pretty high and it does get fairly loud. It’s not as loud as something like a dedicated portable speaker, but it’s loud enough for personal audio and gaming. I don’t know how loud it is compared to other new smartphones, but it’s pretty loud.

If you don’t want to use the speakers, you’ll be happy to note that the HTC 10 also has a separate amp for its audio jack which also Hi-Res certified with 24-bit DAC audio. Audiophiles should be pleased by this if having the highest audio quality is important to you. Me, I haven’t really had the chance to try it and honestly, I don’t think my ears can tell the difference.

No Longer Just a Decent Camera, But a Great Camera

I’m not going to get too much into the camera here in this post because I actually covered it in another post that you can read here. Instead, I’ll just summarize a bit here by saying how genuinely impressed I was with the new camera. I had already seen HTC’s commitment to improving the camera with the HTC A9 and the HTC 10 makes it even more apparent.

While the rear camera has gone down from 20MP to 12MP, the rear now also features UltraPixel technology to capture 136% more light in combination with a new f/1.8 lens and optical image stabilization (OIS) built in. There’s even a built in laser for super fast focusing. For most of you, that’s probably sounds like mumbo jumbo, but let me tell you from experience, the new specs make your photos look pretty amazing.

The camera is quick to start up so you won’t miss those important moments, the image quality is fantastic in both bright and low-light situations, and the new HTC Camera UI is much easier to use than the old one. There are also several built in modes that you can have fun with such as panorama, hyperlapse, slow motion, Zoe camera, and HDR. There are no photo filters however, but most people just use a post processing app for that anyways. Pro photographers may also find that new Pro mode rather interesting as it will allow you to shoot photos in RAW with the ability to process the photo later.

Pro mode also allows you to manually set things like white balance, exposure, ISO speed, shutter speed, and even the ability to manually focus. Camera buffs should have a real ball with that.

While there was a ton that I really love about the HTC 10, there are a few “issues” that I’d like to address. Like most aluminum bodies smartphones, the HTC 10 is one slippery piece of hardware. It’s not quite as slippery as an iPhone 6S or the HTC A9, it’s still rather slippery. The curved back helps a bit but you’re going to want to use a case with this and one that has some grip to it. I carefully used this one without a case for a week and sooner than later, I’m going to get one for it.

Next up is the USB-C port. While USB-C is the latest and greatest USB spec out there, it sucks that I need to carry an extra cable around with me now. I only have one of these cables laying around so I either have to buy another one for work or at least find myself a USB-C to micro-USB converter. I’m leaning towards the second option.

Lastly, I’m still miffed at the removal of the IR Blaster.

I’ve used several HTC phones in the past ranging from the HTC One M8 to the more budget friendly HTC Desire 626 and HTC A9. My favorite was actually the HTC A9 for its elegant design and improved camera. It was a bit underpowered, but it was a joy to use. The HTC 10 though is now the the king and probably my favorite Android phone to date.

The HTC 10 is a really good looking phone, like seriously good looking and when combined with the specs, makes for a device that is hard to pass up. It has the latest 2016 hardware that a top tier device should have and finally has a camera worthy of a flagship. While I didn’t talk about it here, I’ll just mention that the device ships with an almost stock version of Android 6.0.1. It still has HTC Sense on it, but its been toned down to the point where you don’t even notice it. Not only that, it has very few actual HTC apps on it and instead substitutes those for Google equivalents. If you buy the unlocked version, you’ll also find no extra 3rd party apps or carrier-ware apps.

With that said, the HTC 10 is one of my most favorite HTC devices ever made. It finally has the makings of a true, flagship device that can compete head to head with the Samsung Galaxy S7 and Galaxy S7 Edge, LG G5, and even iPhone 6s. Whether or not consumers will see that though and give the HTC 10 a go is a whole other story. Hopefully this will be enough to at least get HTC back to the top of consumer’s minds when they’re thinking of shopping for a new phone. 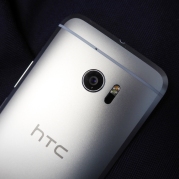 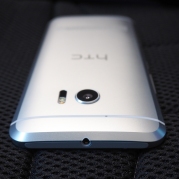 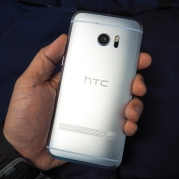 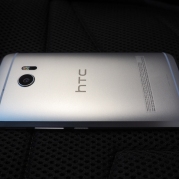 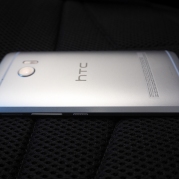 This version of the HTC 10 I’m checking out is an unlocked 32GB unit with a Snapdragon 820 w/4GB of RAM. It was provided by HTC for evaluation purposes and is being used with an at&t sim card.